In high school, I was never really part of the cool kids club.  I was somewhere between painfully nerdy (not the nerdy that’s cool today) and the fairly acceptable.  I had my small group of lady friends and actually learned how to talk to guys somewhere around junior year without wanting to throw up every second. 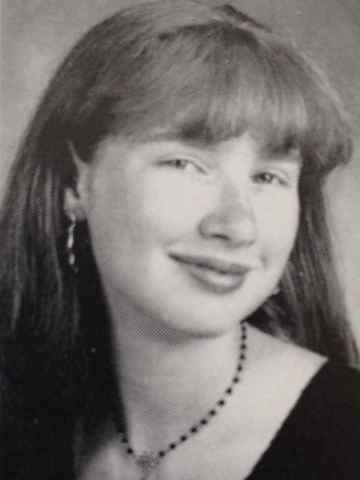 My vivid high school social strata memory remains lunchtime.  Every year, for four years, on the first day of school, my friends and I would match schedules and quickly identify which of us had the same lunch period.  With three lunch periods across the school day, there was a high probability that at least one of us wouldn’t be with the others. My worst possible scenario was that that I would be alone in fifth period lunch, sitting at the edge of a table alone with my head buried in a book while laughing and gossiping and people belonging happened all around me.

Luckily, I always had some groupings of friends with me to eat our semi-warmed doughy pretzels and slug down our cans of Coke.  And at the beginning of each year, we would pick the table that would be our table for the year.  I cared so much about that damn table, I would sneak out of the class I had right before lunch period (this teacher really wasn’t paying attention) and hurry through the darkened halls to get to the lunch room 30 seconds before the bell rang in order to claim it before anyone else.

Today, I’m still not that cool. I’m the married mom who lives in a Chicago suburb, whose social media feed is balanced between pictures of my kid and political news, and engages in a lot of conference calls from my home office—and really tries to avoid video Skype or Google Hangout because no one needs to see me in my home daywear (messy bun, combo work out clothes/pajamas).  But through my work and my conference travels, I have somehow managed to build a network of amazing, diverse, brilliant women who know how to dress with a flair that I could never emulate and that are kicking ass in their respective fields of journalism, digital advocacy, social justice movements, science and the arts.  Some of the men aren’t so bad either.

Why are communications experts not at the progressive leadership table?

READ THE REST OVER AT TRACYVSTUMBLER.COM

Tracy Van Slyke is a nationally recognized leader and expert working in the intersection of progressive organizing, strategic communications and independent media. She has led a groundbreaking coalition of grassroots organizing networks through The New Bottom Line and organized campaigns that have directly impacted our country’s politics and policies.  She is also the former director of The Media Consortium, a national coalition of the country’s leading progressive, independent media; the former publisher of In These Times, a national award winning magazine, the co-author of the book Beyond The Echo Chamber (New Press, 2010), and written extensively about the evolution of journalism, how to evaluate media impact, and the future of progressive communications.  She is currently consulting with progressive organizations working to align high-level organizational and communications strategies and is a fellow at The Opportunity Agenda.