Last week I led a Twitter training with the staff one of my favorite organizations, I’m still reeling from the CAAAV Organizing Asian Communities (@caaav) as part of the Communities Creating Healthy Communities initiative. One of the first questions that came up was “How do I get more followers on Twitter?”

This is a common question for many of our training and technical assistance clients, and one that often originates from a popular misconception that Twitter works like something of a soapbox to get your messages across to your audiences. But social media is different from industry media—it isn’t a soapbox. Twitter is a conversation, and measuring how effective Twitter is in achieving your goals should be rooted in its conversational nature.

While the number of followers you have is the most obvious measure of your Twitter cred, it doesn’t get into the gritty of two important Twitter metrics: influence and reach. 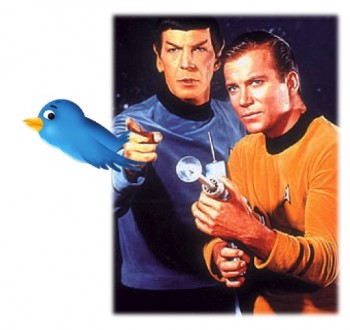 Another important measurement of your Twitter impact, or Twimpact (just kidding, I made that up), is your reach, sometimes called outreach. Reach can be determined by the number of retweets and mentions you might gain. Say you’re speaking at a rally your group organized and the media team is live-tweeting your talking points and sound bites. Even though you might only have 37 followers, the tweet containing your personal username and your organization’s handle gets 70 retweets. That is an important metric of whether or not people are feeling your tweets; how your tweets are resonating with your followers and your broader social network; and how far your reach is in the Twittersphere.

There are some great free tools available for grassroots groups to start measuring your Twitter influence and reach, and to measure your own Twitter behaviors to help you build your communications capacity. TweetStats makes a graph your Twitter statistics by hour and month, on a timeline and gives you stats on any replies you might have gotten (it takes a while to load your information). TweetReach is one of my favorites, and gives you an easy-on-the-eyes visual representation of your reach, exposure, activity, recent retweets and top contributors. Other popular sites like Kred and Klout also measure your influence and reach and offer free limited usage.

That said, what are you waiting for? Set a goal to tweet twice a day or a few times a week and tweet on! Follow @mediajustice and @mediaaction.