Today, Commissioner Ajit Pai confirmed reports that he will become the new chairman of the Federal Communications Commission (FCC). 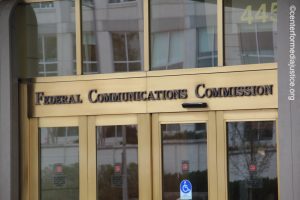 Malkia Cyril, Executive Director at the Center for Media Justice, made the following statement:

“Over the last four years, we at the Center for Media Justice and our partners have fought hard for and won necessary reforms that help close racial and economic gaps. From net neutrality and Lifeline rules that keep the Internet open and affordable to broadband privacy rules that keep our online information safe — the appointment of Ajit Pai to the position of FCC Chairman threatens each and every one of those victories.

As advocates of racial justice, we know that protecting our media and the Internet is not a partisan project, it is a basic function of democracy. Luckily, as the marches of the last few days, months and years show: we will protect our right to communicate; through policy when we need to, in the street if we have to.”

Steven Renderos, Organizing Director at the Center for Media Justice, made the following statement:

“We don’t know how Mr. Ajit Pai will be as Chairman of the Federal Communications Commission (FCC), but we do know how he’s been a commissioner. As a commissioner, Pai served during one of the FCC’s most historic periods of public interest protections. Unfortunately, when given the opportunity to protect our society’s most vulnerable communities, then-Commissioner Pai voted against each and every measure.

Despite Pai’s consistent opposition, Wheeler’s FCC passed the strongest protections guaranteeing every American an Open Internet, regulated greedy Prison Telephone Companies that were price gouging families of the incarcerated, modernized the Lifeline program and brought affordable broadband to the homes of millions of people living in poverty, and protected consumers by blocking the Comcast-Time Warner Cable merger.

Along with our community partners within the Media Action Grassroots Network, we will continue our urgent work to ensure that the voices of people of color are heard in rulemaking about their communication rights. While we have been disappointed by the positions Chairman Pai has taken in the past, we hope his appointment to lead this critical agency will give him reason to listen to the millions of everyday people who are counting on him and the FCC to protect their rights and not just promote the interests of a handful of media companies.”