The Internet is Going Red for Net Neutrality

Squad, it’s a red alert. The Senate will vote next week on overturning the FCC’s decision and saving net neutrality. And we only need one more vote to guarantee victory!

Earlier this year the FCC caved to big internet service providers like Verizon and Comcast, throwing out the net neutrality rules that protect a free and open internet and opening the doors for these companies to control what we see and do online. 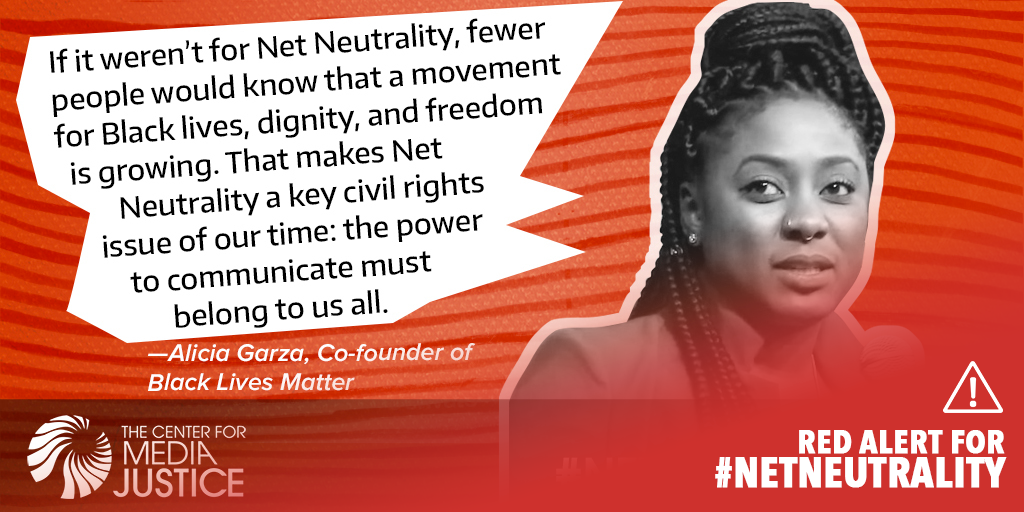 Thanks to a massive public outcry, including from the Media Action Grassroots Network (MAG-Net) and supporters like you, we pressured the Senate to use the Congressional Review Act to overturn the FCC.

Today the Senate is using a discharge petition to demand a full vote in the Senate next week on saving net neutrality. This is a huge, unprecedented move that shows the power we have as a community.

Now, we need to mobilize to win — to protect our digital civil rights and make sure the voices of people of color are heard in the Senate.

Tell the Senate to overturn the FCC and save net neutrality.

Equal opportunity and voice for communities of color isn’t possible without a truly open internet — that’s why we’re on red alert. There are currently 50 Senators in support of overturning the FCC. Under the Congressional Review Act, we only need 51 votes.Not surprisingly, the big internet companies are mobilizing their army of lobbyists on Capitol Hill to stop us.

But we are prepared for this moment. Thanks to the organizing of thousands, the internet is going “red” today in support of net neutrality – and to display what is possible with a free and open internet. Together, we can ensure that poor people of color and other vulnerable communities are heard loud and clear in this debate. And we can continue to defend our movements, which rely so heavily on an open internet to organize and create change.

This is one of the most significant votes Congress has ever taken on this issue. And we only need one more Senator to win!

Let’s seize the moment. Sign the petition to help us gain one more vote in the Senate and save net neutrality.