How I’m showing up for racial justice

I felt like something was missing. Many years ago, I was a writer and editor involved in independent press. My work was political, but racial justice did not show up in a way that satisfied me. I knew that when race was not central to the picture, racial justice wouldn’t be, either. 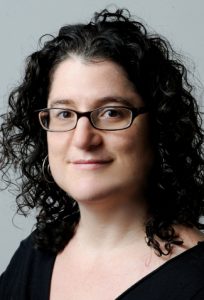 That’s when I decided that I needed a new political home where I, as a white person, could support racial justice movements. I’m so grateful that I found the Center for Media Justice.

In so many organizations, the people affected by an issue aren’t leading the work. Not so with CMJ. We’ve built a movement that centers on the folks in the community whose vision and experience lead us to victories. From net neutrality to lowering prison phone rates, I know my support creates real change on the ground. I’m inspired every day by CMJ and MAG-Net’s work to make a world where families don’t have to choose between calling a loved one in prison and putting food on the table.

That’s the world I want to live in, and that’s why I am a Sustaining Giver. Sustaining Givers are monthly donors; I signed up over three years ago and it only took a couple minutes. Now, when I look at my credit card statements every month, I get to connect to that vision of the world that I share with CMJ.

In 2016, you helped CMJ fight back against harmful policies and greedy corporations to protect media and technology rights for everyone. Thank you. But there’s more work ahead in the coming year and the corporate forces who profit from media control are fighting to roll back the victories we’ve won together.

Now is the time to act. Join me in becoming a Sustaining Giver so that we can win media justice for our communities!