Resistance is in the Airwaves: By Any Media Necessary

The National Alliance for Media Arts and Culture is hosting a blog salon on media policy March 12th through 16th. They invited leaders and practitioners in the field to reflect on how telecommunications policies working their way through the system in 2012 could impact the media arts community.  Our very own Betty Yu is one of the guest bloggers.   Check out her first blog below chronicling her experiences at the South by Southwest Interactive Festival. 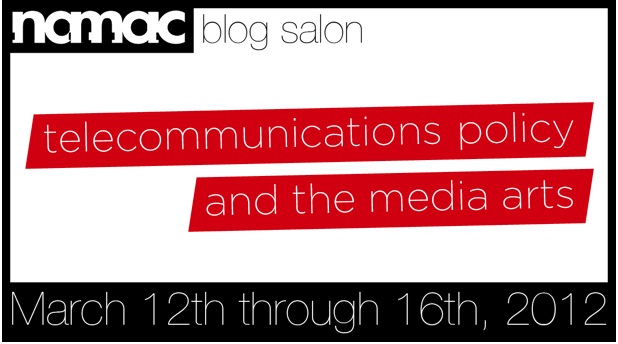 As I wind down my adventures at the South By Southwest’s (SXSW) Interactive Festival in Austin, Texas this week, I reflect on the fact that the most powerful and poignant moments  didn’t actually take place in halls of the Convention Center.  The Media Action Grassroots Network (MAG-Net), Brown Paper Tickets, and Prometheus Radio Project co-hosted a Sunday brunch with a half a dozen local groups located in and around Austin who were interested in taking advantage of a once in the lifetime opportunity to start a Lower Power radio station thanks to the Local Community Radio Act that was passed back in December 2010.  Prometheus Radio Project led a 10-year grassroots fight to win the Local Community Radio Act. The new law mandates the government to expand the Low Power FM (LPFM) service, creating the potential for thousands of new community based organizations to start radio station across the country, including availability for the first time in big cities!

During this Sunday brunch, members of  Under the Hood Café, an outreach center for Active Duty soldiers and veterans for the Fort Hood military base and the Iraq Veterans Against the War’s (IVAW)local chapter in Killeen, Texas sat around a table with other organizers and activists, including me, the Network Manager of MAG-Net, members of MAG-Net, Sabrina Roach of Brown Paper Tickets, and Jeff Rousset, National Organizer of Prometheus Radio Project calling in from Philadelphia.  Under the Hood Café is a place where soldiers, families and community members can socialize, get information on service members’ rights, referrals for legal and psychological services and participate in peer-led healing based art workshops.  I meet two active duty soldiers , Ryan and Zach (last names concealed to respect their anonymity) who currently live on the military base, but after “work” hours and on weekends volunteer at the Café and organize with others in the larger war resistance movement.  Matt Howard, an Iraq war veteran who went on two tours to Iraq talked about his transformative experience organizing with IVAW.  Through IVAW he became politicized and being someone who is directly affected by the post-war challenges that veterans face integrating back into society, he developed a passion for this peace and justice work.  He is currently on the ground living with members of the Fort Hood base who are also active with the Café project.

The Fort Hood military base in Texas houses about 90,000 in the armed forces, was the scene of mass shooting in 2009 and has the highest suicide rate of solders in the military.  As we know veterans who come back from the combat suffer from post-traumatic stress disorder, lack of government services, and lack of assistance re-entering society.  The “local” media and stories  that come out of Fort Hood are largely controlled and distributed by the U.S. Army and of course one-sided in favor of this war that only benefits the 1%.   Where can the stories of  marginalized and underrepresented communities like veterans and active soldiers who are speaking out against this senseless war be heard? Under the Hood has been working tirelessly, outreaching to those that are seeking a space to heal, to exchange experiences.  Their volunteers who are active duty soldiers and veterans immerse themselves in cultural activities in this space, organizing poetry slams, self-healing, screenings and discussions.  Through this space they are building a knowledge base and the leadership of people most directly affected by this unjust war.  During our brunch meeting, members of the Café expressed interest in starting an LPFM station, “a megaphone to get our message out there” as one veteran eloquently said.

As early as this Fall 2012, there will be a one-time chance for community groups to apply for these Low Power FM community radio licenses. These non-commercial stations could be a powerful community building and mobilizing tool, featuring underrepresented and diverse voices, highlighting independent local news, local music and arts and social justice fights. Organizations like PCUN Oregon’s Farmworker Union and the Coalition of Immokalee Workers started LPFM stations several years ago and have integrated it into their day-to-day organizing work. PCUN started their low power radio station in 2005 based in Woodburn, Oregon.

Their station “Radio Movimiento” (Movement Radio) broadcasts 24/7 to thousands of Latinos in a ten-mile radius around Woodburn.  Everyday, community members hear voices of people hardly ever heard on commercial Spanish-language radio or the corporate media.  On the station, listeners will hear youth, indigenous people (speaking in their own dialects), women, workers, plus social justice leaders from the U.S. and Latin America.  For the last 6 years, they have trained dozens of workers and community members on radio production, helping to break the silence and give voice to their struggles against exploitation.  For instance during the Immigrant Rights Marches during May 1st, it was this station and other community stations that brought us the grassroots voices from the streets.  This is just one example of how community organizations have successfully started their own community radio stations.

The Federal Communications Commission (FCC) is set to release the transmitter rules in the coming weeks and communities across the country will soon know if their rural town or big city can apply for an LFPM license.   Prometheus has released a preliminary list of areas that will have radio license availability.

Prometheus Radio Project has organized a national coalition with a goal of supporting 300 groups to apply around the country.  MAG-Net and Center for Media Justice are among those partners.  Our communities are presented with an amazing unprecedented opportunity right now. We’ve seen in recent months how the 99% has come together to expose and fight the 1% corporate elite.  We’ve all been so deeply inspired and moved by the Occupy Wall Street movement.  Right now we have the power to transform the media landscape and fight the corporate media that is owned and controlled by the 1%.  This is not just about starting your own radio station, but it’s a chance for us, historically marginalized communities of color, immigrant, working class, and low-income folks to own the means of media production and infrastructure – on our terms.

Betty Yu is a longtime community organizer, media activist, filmmaker, and the Network Manager at the Center for Media Justice (CMJ).