Online for Power? Shifting Our Movements Toward the Future

Of the 763 alerts sent to BART, 198 included a description of the race of the person who was the subject of the complaint. Out of these 198 alerts indicating a person’s race, 134 of them, or 68 percent, described Black people as offenders and suspects warranting a police response.” 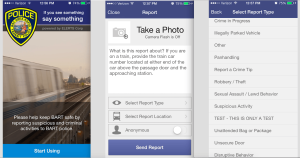 What is important is that the vast majority of requests for police presence weren’t due to any actual crimes being committed.”

Read the rest at Fusion