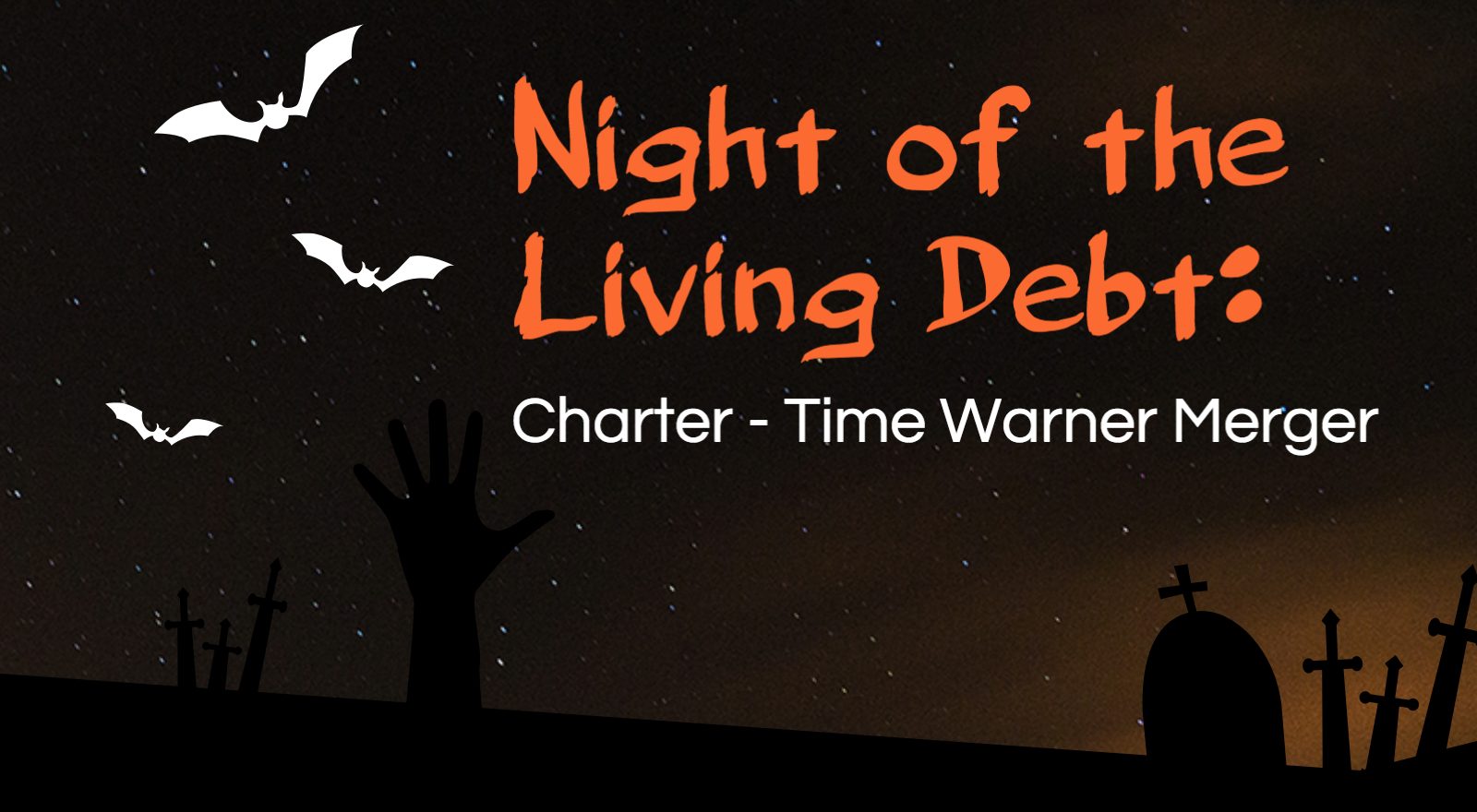 There are times when fighting to transform our media system feels more like a bad horror movie.  Just when you think the monster is dead – like stopping the Comcast-Time Warner merger – there’s a sequel.  This time the monster takes the form of a $90 billion deal between Charter Communications, Time Warner Cable and Bright House Networks.  The new Mega Charter would be the only option for over 30% of people who need cable TV or Internet.

Like any bad horror movie, there is a predictable formula that terrible mergers tend to follow.  In honor of keeping this bad movie metaphor going, here are 3 ways this merger scares me:

Just like the Torrance family in The Shining, cable customers are trapped.  Most have only one cable company in their town and few other choices for TV and high-speed Internet. This is because cable companies actively don’t compete with each other.  Charlotte is controlled by Time Warner, while Philadelphia is a Comcast city and St. Louis is dominated by Charter and so forth.

If you need access to a fast Internet connection, chances are you’re stuck with one option, your local cable company.  And this mega merger would mean that for over 30% of the country that choice would only be Charter.

I know this sounds extreme but let’s think about this for a second.  For starters, the two largest and most diverse cities in the United States (New York and Los Angeles) will be absorbed by Charter Communications.  The new Charter will have every incentive to upsell current Time Warner Cable customers in those cities to more expensive services and/or raise their prices.

Also, history has taught us that media consolidation never leads to increased diversity in ownership, on the screen, or behind the cameras.  The Federal Communications Commission’s (FCC) latest study on media diversity found that ownership of commercial TV and radio stations is trending downward, roughly 3% for TV and radio stations. And a recent report by Columbia University found that mergers don’t really help either.  The report found that the 2011 Comcast-NBCUniversal merger had no significant impact on [email protected] representation in the labor force, at the executive level and on the screen.

Lastly, while the Internet has been a space for unique and diverse voices to be heard, allowing a corporation like Charter to become one of the few gatekeepers to the Internet will undoubtedly harm how and if those voices are heard at all.

You know any actor that utters these words won’t ever live to see the end of the horror movie.  So when Charter says that once this merger is approved they’ll be back to investing in their cable network to make it more reliable and fast – rest assured that won’t happen.  Here’s why. As part of this $90 billion deal with Time Warner, Charter is agreeing to take on $27 billion of debt.  Where will they get the money to pay off that debt? From you in the form of higher prices for cable and Internet.  And the timing couldn’t be worse, a recent Pew Research study shows Internet adoption going down among [email protected] and African Americans, largely because it’s unaffordable. What would happen if these companies didn’t merge? They might actually deliver on the promise of investing in their networks, kinda like T-Mobile did after its failed merger with AT&T or the way Comcast will now be rolling out gigabit speed (faster than what they provide now) in select cities across the U.S.  So rather than take these companies at their word, make them come back.

If this merger scares you (which it should) like it scares me. Take a moment to sign this petition addressed to the Federal Communications Commission.  They have the power to wake us up from this nightmare.  And don’t stray too far, because the next scary merger is looming just around the corner.