Last month, leaders from organizations across the Media Action Grassroots Network (MAG-Net) convened for our annual Governance Retreat – mapping out the year in our battle for racial, economic, and media justice. It was a three day event that featured discussions and debates, strategizing and celebration, as CMJ welcomed members from near and far to Oakland. 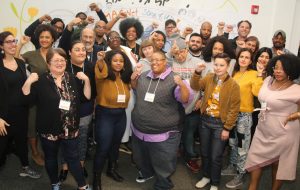 “I felt incredibly inspired and energized from the dialogues we had during the retreat. I really enjoyed the opportunity to connect with our members, which helped me learn more about the values each of us bring to this work of building a community dedicated to winning media justice,” said Myaisha Hayes, a National Field Organizer at the Center for Media Justice.

While the retreat began with a focus on the nitty gritty of network governance, an evening event on the first day – Winning Digital Sanctuary in the Trump Era – opened up a broader dialogue on how communities of color are engaging and resisting tech companies in a digital age, featuring thought leaders Catherine Bracy of TechEquity, Lateefah Simon of Akonadi Foundation, and Malkia Cyril from CMJ, in conversation with the S.F. Examiner’s Joe Fitzgerald Rodriguez. That served as the perfect segue into the second day’s deeper dive into the specific issues, ideas, and inspiration behind the fight for our digital civil rights.

“Talking with folks about issues like increased state surveillance, social media censorship and shrinking civil society spaces highlighted the urgent need to inform and defend the individuals, organizations and movements we work with,” said Jackie Zammuto, Program Manager at WITNESS. “I was inspired by many of the ideas on how we can strategize for this in the moment, as well as for the long-term. For example, facilitating more holistic digital security workshops, working towards alternative online platforms and being more diligent about learning from the experiences of past movements.” 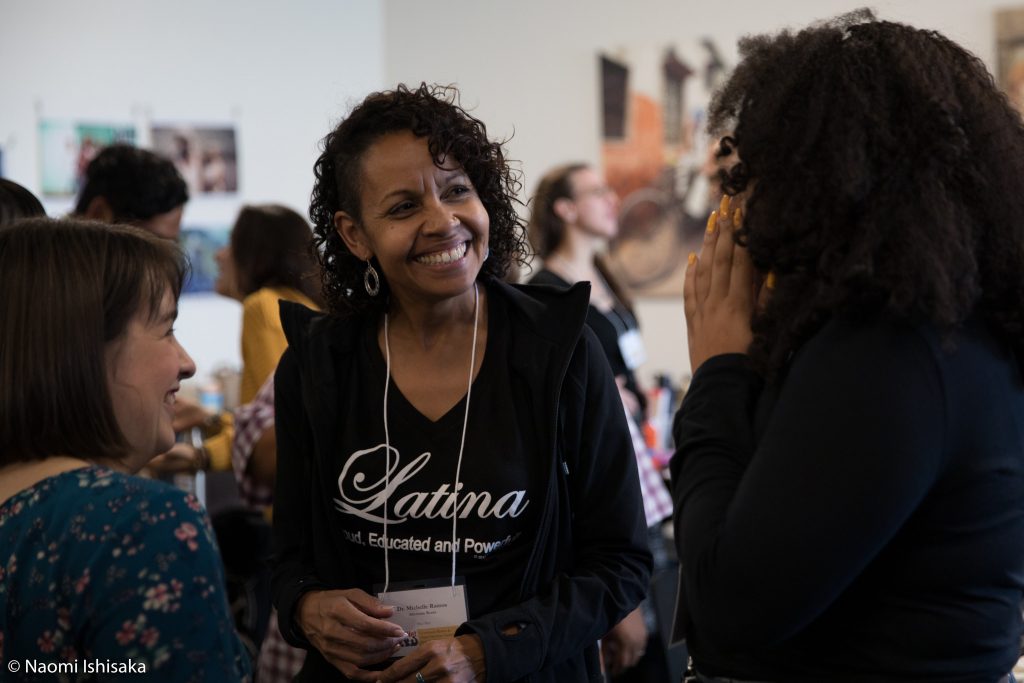 The media justice network emerged from this intensive week, hosted at Greenlining’s beautiful community space in downtown Oakland, with a vision for the months ahead, and with a greater sense of our collective ability to enact change – even amidst the stifling political climate of the moment.

As Hayes added, “Our dialogues, whether it be around an open internet to abolition in the digital age, pushed me to think more critically and creatively about what freedom should look like. I’m really looking forward to turning these ideas into actions that move us closer in the direction of progress and justice for our communities.”

See more photos from the retreat here and check out pics from Winning Digital Sanctuary in the Trump Era on Facebook.