Media Justice and the 99 Percent Movement 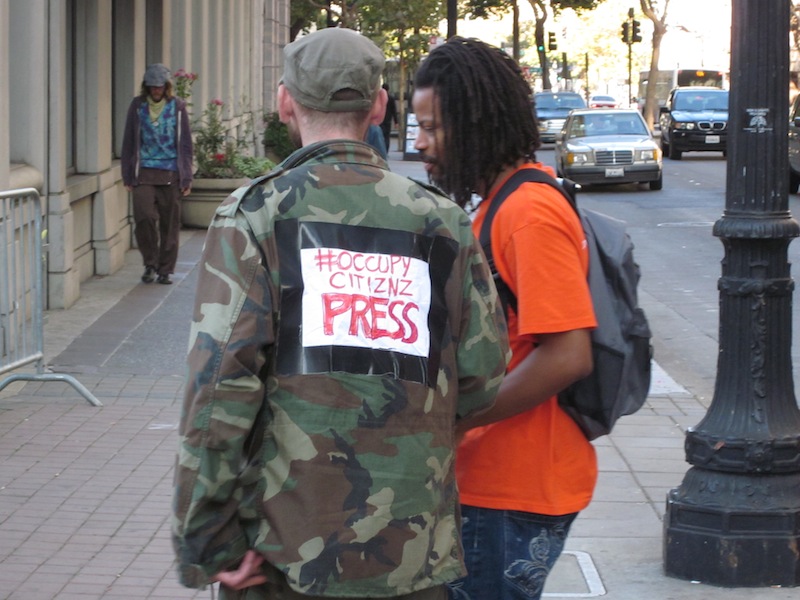 As evictions and raids of Occupy encampments take place through out major cities this country, one thing is evident “You can’t evict an idea who’s time has come”.  Despite the corporate media’s black out, the 99 percent is still organized and if anything the movement has grown even bigger. The Occupy movement is Occupying the Open Internet.  The 99 percent is using social media to organize thousands to the streets and communities most affected by the economic downturn, such as the new Occupy the Homes movement, to reclaim vacant homes that are in foreclosure and were seized by the banks.

As we move into the next phase of the Occupy Movement for the 99 Percent, the need for an Open Internet is essential to the movement building.  We are moving from occupying physical space to occupying the “electronic” green space.  But if the the 1%, like the telecommunication and media corporations had it their way this would not be the case.  Find out what you can do to make sure the Internet stay open and democratic for the 99%.

It all started with one message posted on a blog on July 13, 2011. The magazine Adbusters, a not-for-profit, reader-supported, 120,000-circulation magazine that combats corporate consumerism, issued a call: “On September 17, we want to see 20,000 people flood into lower Manhattan, set up tents, kitchens, peaceful barricades and occupy Wall Street for a few months. Once there, we shall incessantly repeat one simple demand in a plurality of voices.”

On September 17, a thousand people marched to Wall Street, and then hundreds stayed to occupy Liberty Plaza in New York’s Financial District.

Even after a solid two weeks of this Occupation, corporate media largely blacked it out. What coverage there was depicted protesters as drug-abusing hippies (the Fox News spin—Hannity, 10/10/11), or, in the “liberal” version, as directionless naifs with no message (New York Times, 9/23/11). As the OWS Declaration in New York City put it, the 1 percent “purposefully keep people misinformed and fearful through their control of the media.”

But grassroots, independent media outlets like Democracy Now!, Pacifica Radio, the Independent newspapers and public access TV channels, with a combined audience of millions, covered the Occupation from the perspective of the people—the 99 percent. These independent outlets provided a platform for protesters to talk about why they were supporting the Occupation—speaking out about rising unemployment, declining wages, diminishing quality of life, foreclosures, education budget cuts, lack of healthcare and unjust wars, just to name a few.

What elevated the activism to a national and global movement, though, was the sophisticated and widespread use of social media. Independent mediamakers, citizen journalists, everyday people with camera phones were capturing the voices and faces of this burgeoning movement and uploading them to YouTube, Facebook and Twitter, mostly within minutes of being captured. Group text-messaging was used to share information and media quickly.

These tools for instant communication not only helped to mobilize thousands to marches and events, but also captured police brutality toward the protesters. It was only when images were disseminated of a senior New York City police official pepper-spraying peaceful women protesters, temporarily blinding them, that corporate media began paying attention. The pepper-spraying incident was documented by fellow protesters and uploaded to YouTube—where it was viewed more than 2 million times—then posted on Facebook and tweeted to be shared with the world.

Read the rest of the story here.