Internet access is no longer a luxury, it’s a necessity 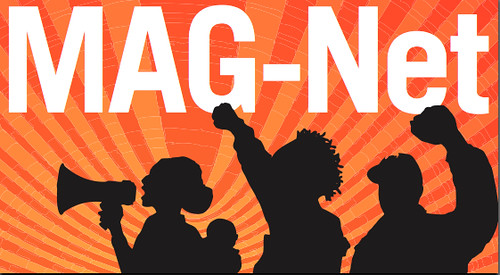 By Malkia Cyril and Amalia Deloney

In February 2010, the FCC will put forward a national plan for broadband deployment and adoption. On everyone’s mind is the question of whether that plan will achieve President Obama’s stated vision to stimulate the economy, increase jobs, and address social problems. The Internet has become an increasingly vital tool in our society. More U.S. residents are going online to conduct day-to-day activities such as education, business, personal correspondence, research and information gathering, job searches or communicating with medical providers. Each year, being digitally connected becomes more critical to economic and educational advancement and democratic participation. While the Pew Research Center reports (June, 09) that 63% of U.S. adults have broadband Internet connections in their homes–a big jump from a year earlier, a comparable survey found that only 55% of U.S. adults had broadband access at home—indicating that despite the intention of the internet as a democratizing force we still have a substantial digital divide. Further, according to the most recent statistics (December 2008) available from the Organization for Economic Co-operation and Development (OECD), the United States ranks just 15th among developed nations in broadband penetration.

As adopted in the Universal Declaration of Human Rights, Article 19: “Everyone has the right to freedom of opinion and expression; this right includes freedom to hold opinions without interference and to seek, receive and impart information and ideas through any media and regardless of frontiers.” Article 19 makes it clear that freedom of expression is the basis of individual and societal development. Communication enables the way we find, create and share knowledge. It should be a participatory and collaborative process, open to everyone.

The Media Action Grassroots Network (MAG-Net) is an advocacy network of more than 100 grassroots social justice, media, and cultural organizations. Together, these groups are developing advocacy strategies to improve media conditions for communities of color and poor people- with universal broadband and digital justice as our goal.

The Campaign for Connected Communities-is structured around three principles: the belief that communication is an essential human need and fundamental human right, that our communities deserve to be politically, culturally and technologically connected, and that people living in the United States need community-based, people-centered communications technologies and policies to fully engage in the democratic and economic process. The campaign will seek to ensure that broadband stimulus money and the broadband national plan authorized by the FCC and Congress advances racial justice as well brings our communities jobs, increased access, increased digital literacy and quality education, as well community-journalism and content that is relevant and useful to our lives and life plans.

Today, the Media Action Grassroots Network joins with OneWebDay to broaden the public’s awareness of Internet and Web issues while deepening a culture of participation in building a Web that works for everyone. Join us in celebrating the theme of “One Web. For All.” We know that the impact of access to affordable and fast broadband cannot be understated. Today is an important reminder of the impact of broadband in our lives, and the need to connect communities to the critical information and communications network of our time. Using a communication rights platform, coupled with grassroots organizing is critical step in achieving this goal. Broadband can help ensure that communities maintain the right to freedom of opinion and expression, as well as address democratic media governance, and media ownership and control. Raising the level of digital inclusion by increasing the number of U.S. residents using the technology tools of the digital age must remain an important national goal.

Below you’ll find MAGNet’s OneWebDay presentation: Amalia wants to thank everyone who worked on statement and who “clapped loudly” in the front row!