How we celebrated Valentine’s Day on Capitol Hill

When it comes to Net Neutrality

Our communities notice what you do!

This past Valentine’s Day, CMJ and our partners at the Voices for Internet Freedom Coalition delivered Valentines and paper roses to members of Congress who support Net Neutrality. The roses were crafted out of pro-Net Neutrality comments submitted by people of color! 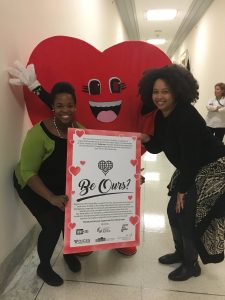 Currently, over 60% of the Tri-Caucus has committed to supporting the CRA and Tri-Caucus members make up nearly half of all CRA signers. While this is excellent news, we’ll need all Tri-Caucus members to publicly support the resolution in order for it to pass.

After the December 14 FCC vote to repeal Net Neutrality, people of color on Capitol Hill and in communities across the U.S. are leading the fight to stop the decision. In light of the Trump Administration’s move to attack immigrants, wage war on the poor, and implement policies favoring the wealthy and elite, an open internet matters more than ever in our fight to keep our communities safe. 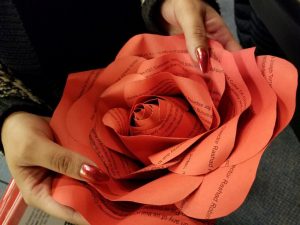 Fight alongside CMJ and the Voices for Internet Freedom Coalition by contacting your legislators to defend Net Neutrality and support the CRA.