How a unique community radio station serves listeners in Appalachia

AS FAR BACK as Kelli Haywood can remember, Appalshophas been a part of her life. The storied arts, media, and education center was founded in 1969 in her hometown of Whitesburg, a small county seat in the coalfield of eastern Kentucky. The first play Haywood ever performed in was led by Appalshop’s traveling theater troupe. The nonprofit brought traditional mountain musicians into her school classrooms. And when she was a teenager, she would hang around Appalshop’s black-box theater and its radio station, where many of her friends’ parents worked.

Now, at age 37, Haywood herself is working in the distinctive slanted-wood building in downtown Whitesburg. She’s the public affairs director at WMMT/88.7 FM, Appalshop’s 15,000-watt noncommercial radio station, where Haywood and her colleagues are working to deepen the news programming, and broaden its reach.

“One of the reasons I really wanted this job is because I really felt [this region] is so misrepresented in the media,” says Haywood, who has been in the position for about eight months. “Even when a reporter means well, there’s often so many misunderstandings, so I’m really interested in us being able to tell our own stories, and have it hold the same sort of weight that others media sources have.” 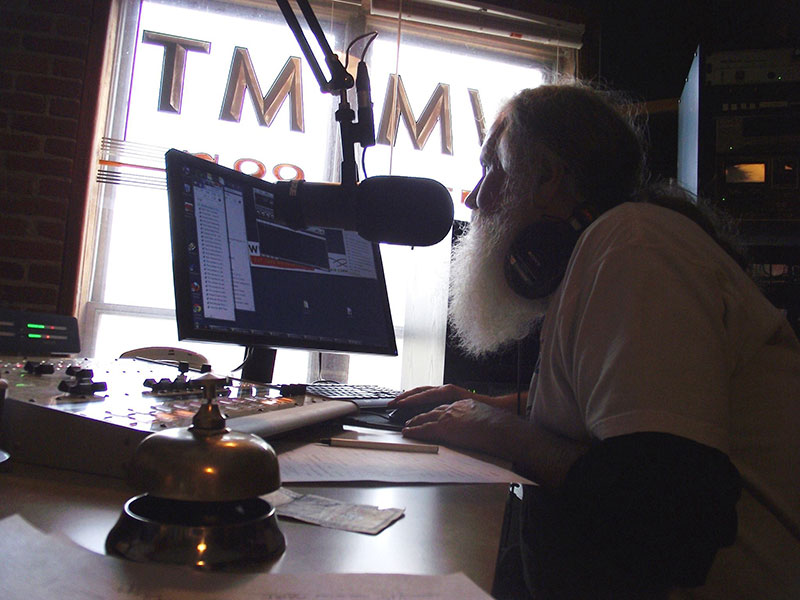 This isn’t your ordinary public radio station. WMMT takes its tagline—“Real People, Real Radio”—seriously. The station, which doesn’t air any NPR programming, is largely powered by 50 volunteer DJs who play and say whatever they wish, barring a scarce few rules about what’s allowed on air. Anybody can come in, go through training and a few supervised on-air segments, and get a regular time slot. The result is an unusually eclectic sound: community elders and 20-somethings, people who prefer to play bluegrass music and people who talk, and people who span the political and religious spectrums. The one common thread is deep roots in the community.

“It serves to be a unifying influence for that region,” says Al Cross, director of the Institute for Rural Journalism and Community Issues at the University of Kentucky. “The counties in the central Appalachian coalfield have always been somewhat isolated from each other because of geography—the mountains. It helps to have media outlets look at things regionally and tell people in eastern Kentucky, northeast Tennessee, southern Virginia, and southwest West Virginia that they have some things in common.”

WMMT does have a stable of core programs, from “The Coal Report” to “Calls from Home,” which has the singular purpose of letting friends and families reach out, on air, to loved ones in prison. Other public affairs programming includes the biweekly “Mountain News & World Report.” WMMT is also a member of thenew Ohio River Network, a multi-state collaboration designed to produce deep-dive reporting into the region’s economy, energy, environment, agriculture, infrastructure, and health.

Grant funding attached to the network made it possible for the station to hire a new reporter. Benny Becker—a 2014 Brown University graduate who came to Whitesburg after working on the podcast “Israel Story”—says he was told he might be the first person who joined WMMT with a background in radio; most others shift over from filmmaking or are self-taught. He rounds out a small staff: On the news side, it’s effectively just him, Haywood, and their colleague Mimi Pickering, who runs “Making Connections,” amultimedia program featuring stories about economic transition. There are also two AmeriCorps VISTA volunteers, as well as a program manager, a general manager, and a board of directors.

Appalshop was founded by Bill Richardson, a Yale architecture student who studied low-income housing and poverty, and had been struck by his first visit to Appalachia in 1966 for a school project. After graduating, he used a small federal grant to provide young people with video cameras and help them develop acommunity film workshop. Then, as now, Appalshop documentaries tend to be largely non-narrated, giving space for subjects to tell their own stories. In 1990, one of the workshop’s documentaries, about the fight against strip mining of land without the consent of surface owners, won a duPont award for broadcast journalism. 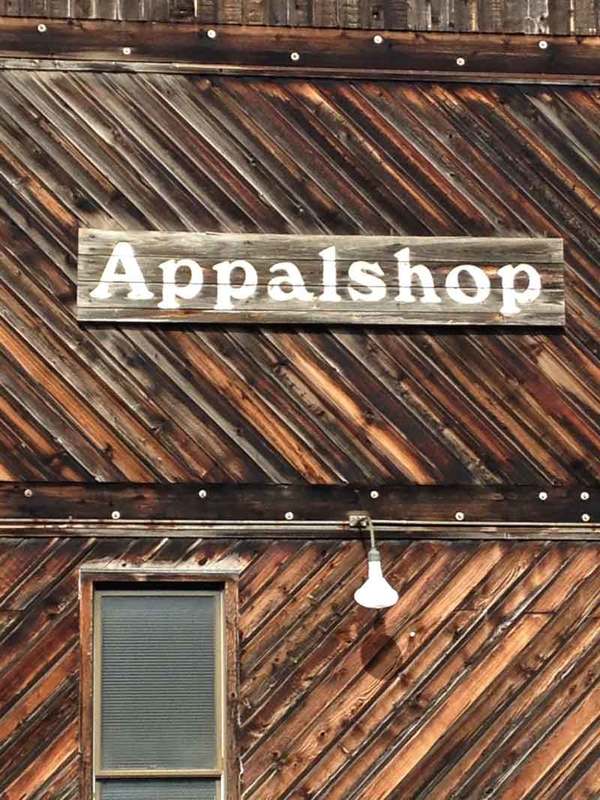 In 1985, Appalshop launched WMMT. Today, the nonprofit also hosts a suite of other programs, including the Roadside Theater; theJune Appal Recordings company, devoted to recording traditional mountain music; an art gallery; a media archive; and, in keeping with its roots, the Appalachian Media Institute, a summer media literacy and production program for youth. In its 30 years on the air, WMMT has trained 300 or so community members in radio production; more than 50 of them have found employment in radio.

In the spirit of learning-by-doing, Haywood herself had minimal background in radio journalism before taking on a leadership role at WMMT last August. She studied creative writing in college, teaching in graduate school, and did some freelance writing as a community journalist. She first collaborated with Appalshop as a community educator for the East Kentucky Reproductive Health Project, and she ventured into radio by producing a freelance segment for WMMT years before. Her biggest challenge was learning the radio equipment. “That’s what Appalshop has done since it began,” she says, “giving people the skills they needed.” And so, she learned.

As part of the Ohio River Network, Haywood acknowledges that WMMT is the odd card in the collaborative, in terms of its sound, focus, and operations. But, she says, “we believe the quality of our work is on par with everyone else, and we really want to have a larger outlet for the work we’re producing.”

Cross, too, says he would like to see WMMT reach a wider mainstream audience. “They present information and entertainment that isn’t available anywhere else, but a lot of times people forget about the left end of the FM dial,” he says. Reliable news coverage is particularly important now, he adds, as the region deals with job loss in the coal industry.

Then there is the task of just telling the region’s stories in a way that gets beyond stereotypical narratives about mountain life.

The area’s struggles are real—many people “feel like they are living close to crisis,” says Becker. But Haywood is driven to counter what she calls “shock and awe” stories about “what’s wrong in eastern Kentucky,” and she can tick off examples of what she sees as problematic national coverage spanning decades, from Charles Kuralt to Diane Sawyer. “It’s really affected the mindset … and can make us feel very, very defensive, especially of outsiders,” she says. “It’s a big deal.”

In its approach to news coverage, Haywood says, WMMT aims “to interview people that typically don’t get talked to.” For a recent report by Becker, on the closing of county senior citizen centers, it was the seniors, not political officials, “who had the most voice.”

“We really try to do what we say in being the voice of the community while still reporting fresh and factual news,” she says. It’s a simple goal, but one that amounts to a moral purpose.