Echo Justice Initiative: Business as Usual in Progressive Communications is Not Good Enough 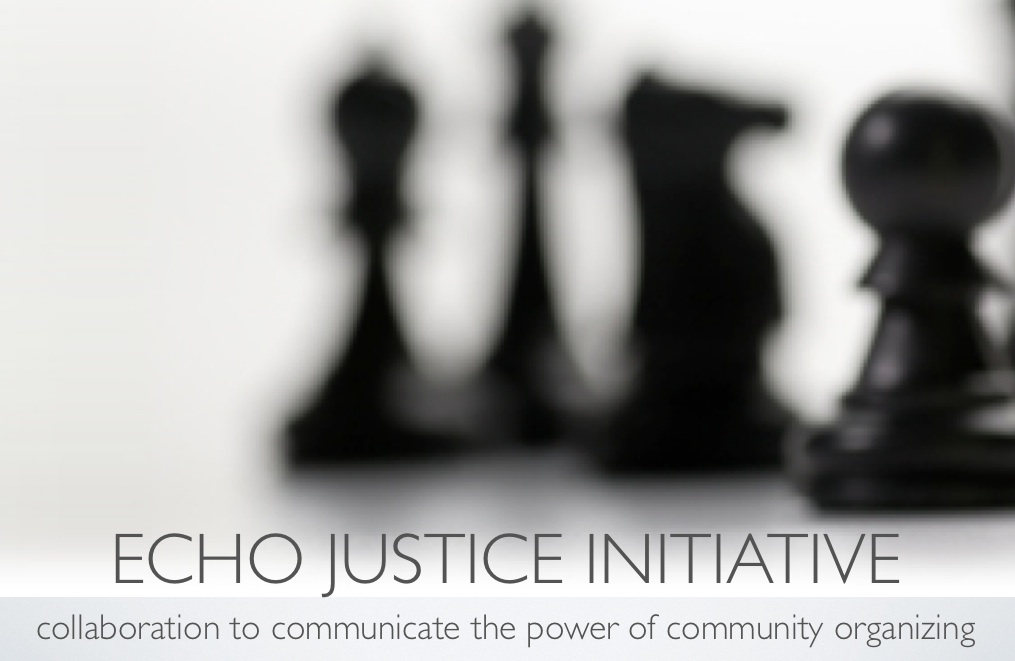 We created the Echo Justice Initiative for a simple reason: business as usual in progressive communications is no longer good enough.

Across the country, organizing groups are both deepening base-building work and expanding alliance development to achieve broader impact.  The US Social Forums in 2007 and 2010 helped to set this stage, by fostering deeper organizing strategies (e.g. transformative organizing) and birthing new alliances (including MAG-Net, South by SouthWest, and National Domestic Workers Alliance).

Now many of these groups have won (or are poised to win) significant policy victories.  Others are leading sophisticated leadership-development, collective action, and movement-building work.  All are critical to transforming our society, both during this economic crisis and for the long-haul.  But as these organizing and alliance-building efforts are growing, the communications work designed to support these efforts must grow as well.

During the 2010 USSF in Detroit, the Center for Media Justice, the Praxis Project, the Grassroots Global Justice Alliance, smartMeme, Progressive Communicators Network and many USSF participants began conversations about building movement communications infrastructure. These conversations yielded a broader understanding that it was not just infrastructure that was needed, but an answer to the bigger question: what exactly do we need to communicate beyond business as usual?

The answer to this question requires a whole new approach to communications; a participatory approach that goes beyond the top-down, linear, and individual behavior-based approaches of traditional communications; an integrated approach embedded in organizing that centers the strategies and voices of organizers and community members; a justice approach that’s not just geared towards message dissemination to market a behavior or action, but one that confronts race, class and gender bias and that generates the dialogue necessary to shape meaning, build power and shift culture.

In 2011, the Center for Media Justice and the Praxis Project launched the Echo Justice Initiative to address this need.  Echo brought these two groups together with smartMeme, PCN the Miami Workers Center, and the Movement Strategy Center to form a core of movement communicators with the skills, experience, and credibility necessary to grow relevant communications approaches integrated with organizing.

From there, Echo Justice developed a dual-pronged purpose to both develop a new approach to communications and support collaborative projects to build movement capacity and strategy while addressing immediate needs.

Echo’s first collaborative project was the October 2011 convening in Washington D.C.  Hosted by Praxis and made possible by the support of Solidago and Akonadi, this convening was an example of the new space Echo is trying to create: space for organizers, communicators, and funder allies to forge strategies together that will build the influence of justice sectors to shape meaning and contest for power.

Overall the convening was an example of a different type of communications in action: instead of offering a top-down plan generated by communications “experts,” the convening facilitated cross-sector dialogue to build mutual understanding and move together toward collective action.

By practicing communications strategy as a dialogue and not a top-down transmission, we began to create the conditions necessary for deeper engagement among all alliances moving forward.