For those of you who don’t spend their weekends watching public television, I thought I’d share the following story from KQED’s “This week in Northern California.” The spot focuses on Yerba Buena Center’s “Occupy Bay Area” exhibit, featuring three poster artists, including our friends and fam Jesus Barraza and Melanie Cervantes. 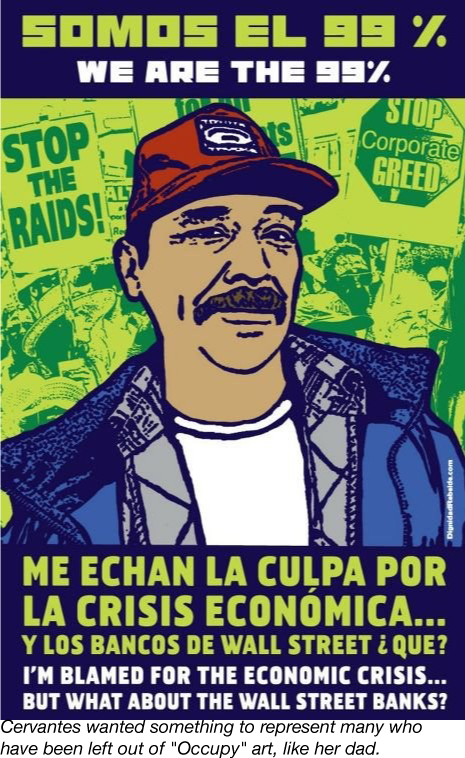 For those in the Bay Area, the video also shows a lot of art from local artists like Favianna Rodriguez, as well as renditions of local heroes like Bill Sorro.

So great to see public television looking at art and culture’s impact on social movements (and vice-versa), even as they’re happening.

As Malkia Cyril, CMJ executive director said in a recent post on OrgUp, “As the artist inspires the organizer by putting sound and color and motion to vision, so the organizer inspires the artist by bringing about new conditions and contexts in which to create. For we are both form and substance of change, each existing because of the other.”

If you’re in the Bay Area, you can also check out some of Cervantes’ poster art and others at the Oakland Museum of California’s exhibition- All of Us or None: Social Justice Posters of the San Francisco Bay Area: The evolution of street art with a message.  The exhibition runs through August 19th.

As always, hit that like icon if you feel it!