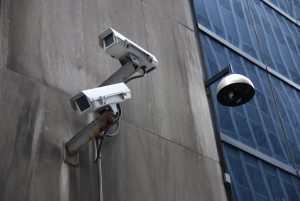 Yesterday, the Court of Appeals for the Third Circuit breathed new life into a lawsuit that challenges the New York Police Department (NYPD)’s dragnet surveillance of Muslim communities after the September 11, 2001 terrorist attacks. Whatever may happen in court, the lawsuit is an important vehicle through which the Muslim community can shine a light on the harms of dragnet surveillance.

The case, Hassan, et al. v. City of New York, focuses on the NYPD’s dragnet, suspicionless surveillance of Muslim communities, which began after the September 11, 2001 attacks. Specifically, after 9/11, New York City recruited a former chief of the CIA’s clandestine service to set up a citywide surveillance and counterterrorism division within the NYPD, the infamous and now defunct NYPD “Demographics Unit.” The unit and its tactics were exposed in a landmark investigation by the Associated Press (AP). The NYPD shut down the unit and its surveillance in April 2014.

While it existed, the NYPD’s Demographics Unit targeted Muslim Americans in and around the New York and New Jersey area for surveillance. The unit used almost every available surveillance tool in their arsenal: it mounted video cameras near mosques, took pictures of congregants coming in and out of mosques, sent informants and undercover officers into mosques with secret microphones to record sermons, collected the license plates of mosque congregants, enabling the NYPD to automatically monitor their movements around the city, and more. The Center for Constitutional Rights, which is leading the court challenge, argues that the “goal under this program — both ambitious and chilling — was to create a human mapping system that monitored Muslims all along the Eastern Seaboard and beyond.” Despite this blanket surveillance, as the AP reported, the unit “never generated a lead or triggered a terrorism investigation.”

In 2012 a group of the city’s Muslim residents and supportive organizations sued the city of New York for unconstitutional religious discrimination. In February 2014, a federal district court dismissed the case, holding that the plaintiffs had neither suffered a real injury as a result of the surveillance, and that even if they had, the surveillance was more likely motivated by “a desire to locate budding terrorist conspiracies” than a desire to discriminate.

In an important and lucid opinion released yesterday, the Third Circuit disagreed, allowing the lawsuit to move forward. The Third Circuit held that the “allegations in Plaintiffs’ Complaint tell a story in which there is standing to complain and which present constitutional concerns that must be addressed and, if true, redressed.” Those stories are numerous and show how the NYPD’s dragnet surveillance had very real costs. According to the complaint, as a result of the surveillance, two mosques have seen a marked decline in attendance, as congregants fear that they may be worshipping with law enforcement agents in their midst. And plaintiff Syed Hassan, an Army soldier, alleged that he decreased his personal attendance significantly out of fear that his attendance at a surveilled mosque would jeopardize his ability to maintain a security clearance.

At its core, this lawsuit can be a vehicle through which the American Muslim community can educate the public as to the very real harms of dragnet surveillance.

After ruling that the plaintiffs suffered an injury — and thus have standing to pursue their claims in court — the court turned to the actual surveillance program and practices. According to the city of New York, the dragnet surveillance of Muslim communities was justified because a “comprehensive understanding of the makeup of the community would help the NYPD figure out where to look — and where not to look — in the event it received information that an Islamist radicalized to violence may be secreting himself in [the area].” The court disagreed: “even if NYPD officers were subjectively motivated by a legitimate law-enforcement purpose (no matter how sincere),” such as the very legitimate desire to prevent a future terrorist attack, “they’ve intentionally discriminated if they wouldn’t have surveilled Plaintiffs had they not been Muslim.”

The opinion is an important one, but not just for its conclusion. As we’ve noted before, when it comes to debates about dragnet surveillance, American Muslims speak from experience.  Gaedir Abbas, a staff attorney with the Council on American-Islamic Relations, observed that:

The best service that the American Muslim community can provide right now, because of its experience with indiscriminate surveillance, [is to share what our community knows] better than anyone else: how despicable and burdensome and useless such surveillance can be.

And that’s what this lawsuit can help do. At its core, this lawsuit can be a vehicle. A vehicle through which the American Muslim community can educate the public as to the very real harms — economic, emotional, spiritual — of dragnet surveillance. And as the tools of surveillance become more secretive and more obscure, it’s important that we listen.