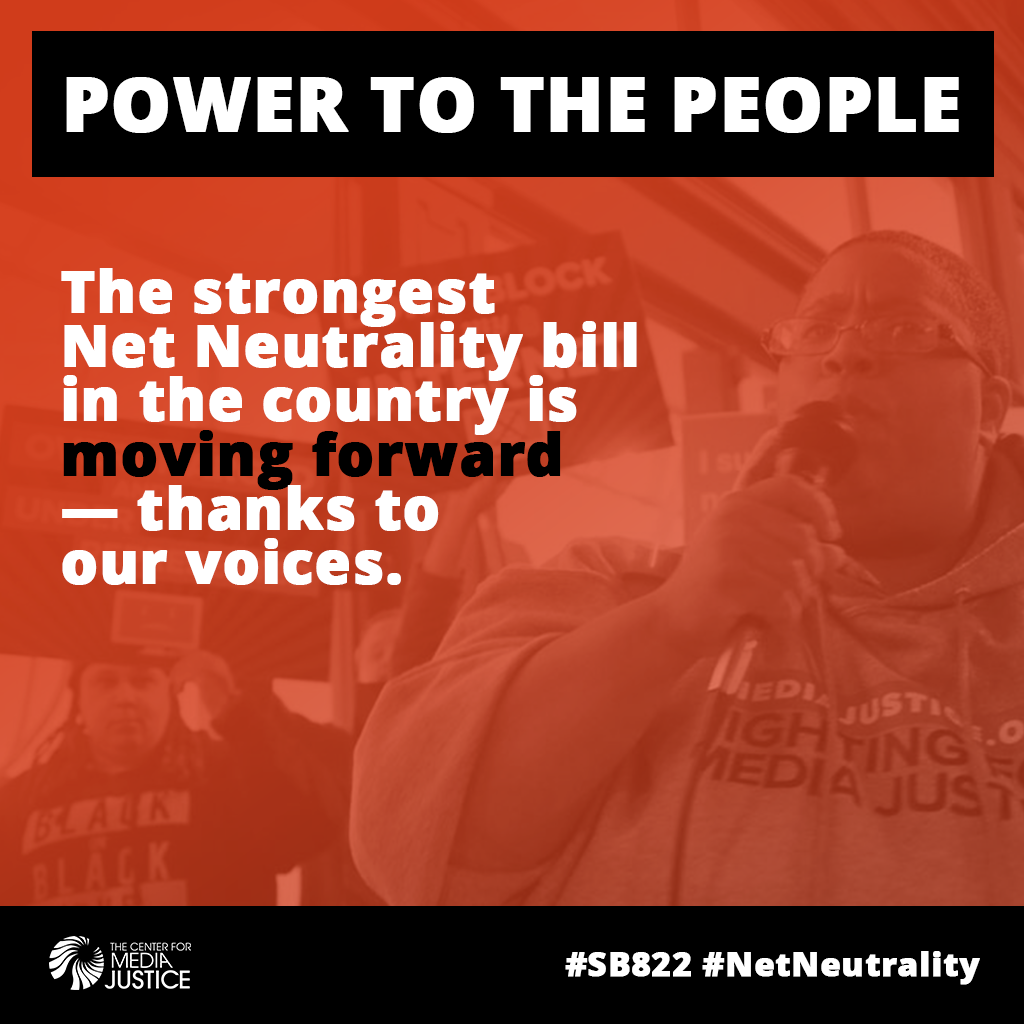 Civil rights groups, including the Center for Media Justice (CMJ), applauded the agreement between California legislators yesterday to move forward with a bill which would ensure the strongest state-level net neutrality protections in the nation. After the original version of SB 822 was gutted in a committee hearing two weeks ago – in a move to appease corporations like AT&T – communities of color led a massive public outcry demanding a restoration of strict rules defending a free and open internet. The announcement that those crucial protections have been restored to the bill represents a win for vulnerable communities in the state who rely on net neutrality to make their voices heard worldwide.

Sign the Petition: Tell the California Assembly to pass SB 822.

From the outcry over the “Muslim Ban” to the fight against family separations at the border, these communities are actively using the open internet to organize resistance to the rising authoritarianism of the Trump administration. Here’s what our own, Steven Renderos, the Center for Media Justice’s Organizing Director who delivered a public testimony in Sacramento last week in favor of revitalizing SB 822, had to say:

“Since the Trump FCC repealed Net Neutrality, people of color across the country have been fighting to restore an open Internet at the state level. California held the greatest promise to deliver the golden standard of protections and this announcement is a step in that direction. We await to see the official language of the bill but applaud the efforts of Senator Weiner, Senator De Leon and Assemblymember Santiago in restoring the vital protections that Californians deserve. We’re especially encouraged by the ban on the most discriminatory forms of zero-rating which are especially harmful to low-income families and people of color. We are in a moment of crisis in this country with a federal administration that has demonstrated its capacity for inhumanity. Against this backdrop, the ability of marginalized people to dissent is of greater urgency than ever. We cannot fight to end the separation of families and to #AbolishICE if we can’t be heard online.”