Black Joy Reigned Supreme at Rise Up Fight Back March

A couple dozen racist ralliers intent on “uniting the right.” Met by thousands of counter protestors resisting white supremacy.  Sunday’s “Rise Up Fight Back” March in Washington D.C. was a powerful demonstration of how Black joy, celebration and protest can prevail against hate, bigotry and other hallmarks of White nationalism in our country. 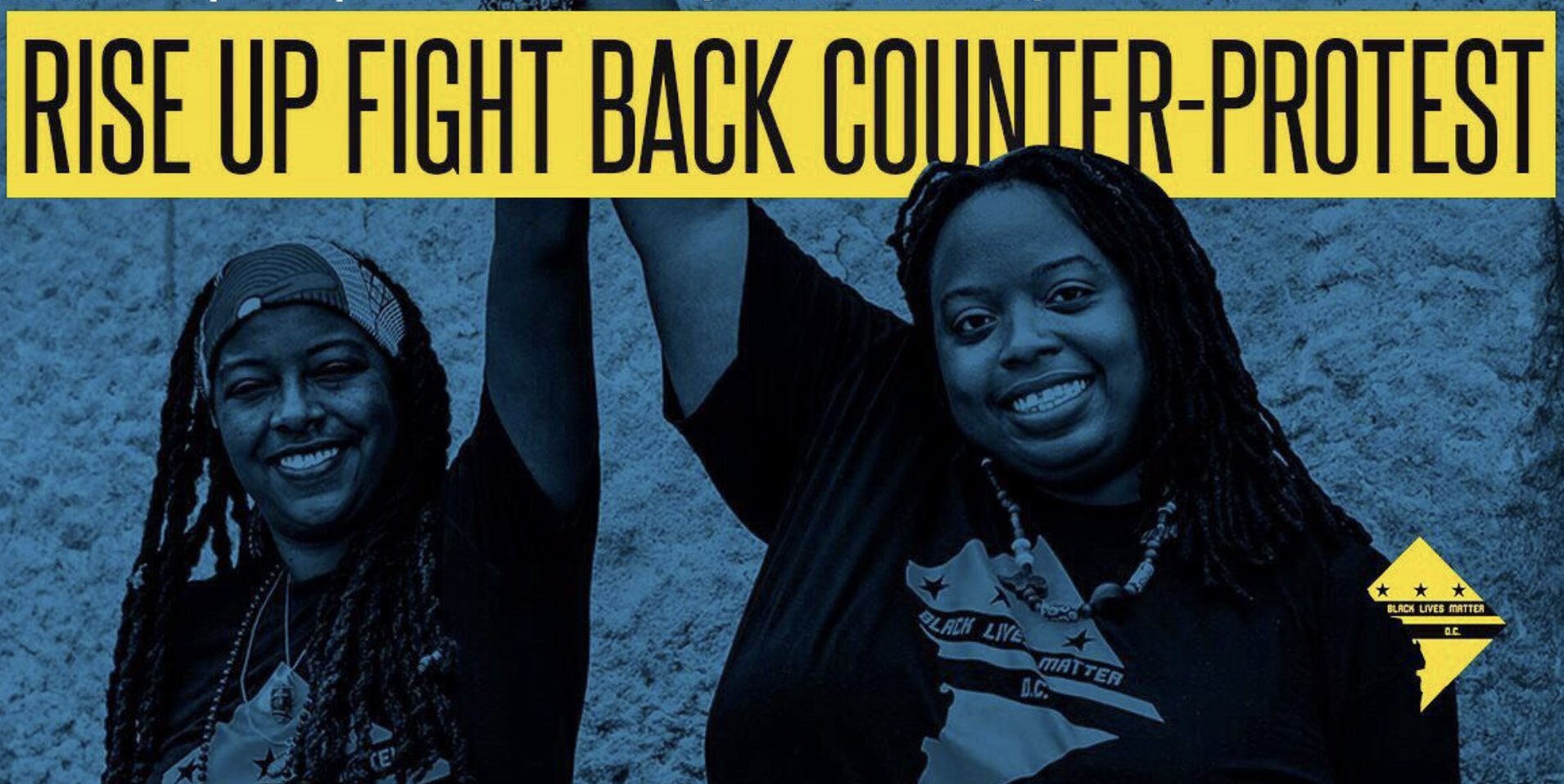 Led and organized by grassroots organizations dedicated to Black liberation, including our Media Action Grassroots Network members, BYP 100 and Black Lives Matter DC,  this weekend’s response to “Unite the Right 2”—the images of which have reached millions via social media—continued the long-standing tradition of Black-led movements leading the resistance to racism and state-sanctioned violence.

For more, check out BYP 100 and Black Lives Matter DC’s on the ground coverage:

We showed out as a community at #RiseUpFightBack + #ShutItDownDC. We danced, we chanted, we embodied the world we're fighting for.

We want to be very clear when it come to the liberation of black people & dismantling oppress systems & anything that’s anti black we will #RiseUpFightBack It is our duty to love, protect and support one another we have nothing to lose, but our chains #BlackLivesMatter #StopMPD pic.twitter.com/iLHbLY42Kx

We're also calling to build a world where we can ALL have safe, liberated, and fulfilling lives!

Updates on the counter-protests in DC: DC cops and the metro have indeed been working to protect the Unite the Right 2 ralliers. Cops are escorting white supremacists in a private train. https://t.co/KVUg6eafCo

Black Morning! A special thank you to everyone supported our vision and goals to #RiseUpFightBack and #DefendDC against white supremacy.A special thank you to our comrades @BYP_100 @OrganizingBlack @StopCopTerrorDC for holding it down with us. #BlackLivesMatter #NoNaziZone pic.twitter.com/sf3C8pgO1H

Honestly, @DMVBlackLives and @BYP_100 organized one of the most joyful and resilient counter protest against white supremacist and fascists.

I Love Us more than they can ever hate us!!! #BlackLivesMatter