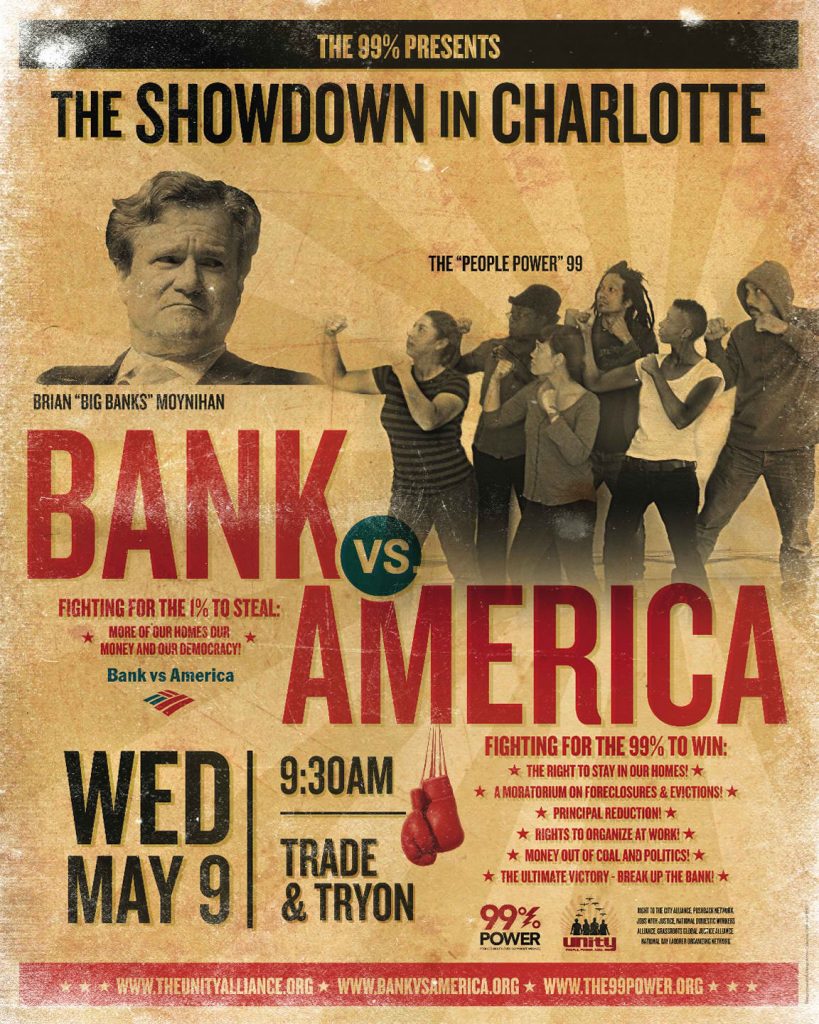 Bank of America was taking it on the chin in social media in the lead up to Bank of America’s shareholder meeting happening today in Charlotte, NC.

A quick search for “Bank of America” on Twitter demonstrates the anger from protesters, shareholders and customers that will converge this week for what one group is calling the “Showdown in Charlotte.”

Bank of America even announced a brand advertising move this week. No doubt the Bank would not attribute it to the specific protest, but the bank definitely is taking a brand hit from all the negative publicity.

Part of the campaign is a twitter beef between @bankvsamerica #99Power and @BrianBofA, a parody account of Brian Moynihan, BofA’s CEO.

I had some interactions with him this week:

Join in the fun, and tell “Big Banks Moynihan” just how Bank of America changed to Bank Vs America.

You can reserve ring side seats, see a live stream and get involved at http://bankvsamerica.org.