Access to the Internet is a racial, economic, and gender justice issue. Yet, from repealing Net Neutrality to cutting the Lifeline program, the Trump administration is attacking our right to communicate, particularly those of us living on low incomes. Through our campaigns and coalitions—including the national Voices for Internet Freedom coalition—MediaJustice represents communities of color in the fight for real Net Neutrality and an open, affordable, and secure Internet.

The percentage of Americans who support an open Internet and opposed the FCC’s 2017 decision to repeal its Net Neutrality rules.

The households with school-age children that don’t have Internet access. Most of these families are living on low-incomes.

Problem: The Internet is a basic right in this digital age. Without Net Neutrality—the rules which govern open and affordable access to the web— we lose our ability to tell our own stories, find opportunity, and define our own destinies. We need an Internet that works for everyone, not just those who can afford the most data and pay for the fastest lanes. Whether it’s reigning in corporate price gouging, rolling back ISP power over our voices online, or demanding low-cost access to broadband and telephone service for the most marginalized in our communities, we challenge lawmakers to build an internet that is truly open, affordable, and accessible to all.

Solution: MediaJustice is advocating for policies that keep the Internet open and non-discriminatory, no matter how you access the Net. We’re calling on Congress and the Federal Communications Commission to end it’s cruel and unnecessary assault on the Lifeline program. And we’re fighting for real, Title II, Network Neutrality protections against pay-to-play discrimination online, collaborating with national campaigns and following the lead of grassroots leaders in our MediaJustice Network.

Get Involved: In 2018, California passed the nation’s strongest Net Neutrality bill due to organizing done by MediaJustice, allies, and Network members in the state. In 2019, due in no small part to these same efforts, the Democrats introduced the Save the Internet Act into Congress—our best chance yet of restoring an open Internet nationwide! [Sign the petition] 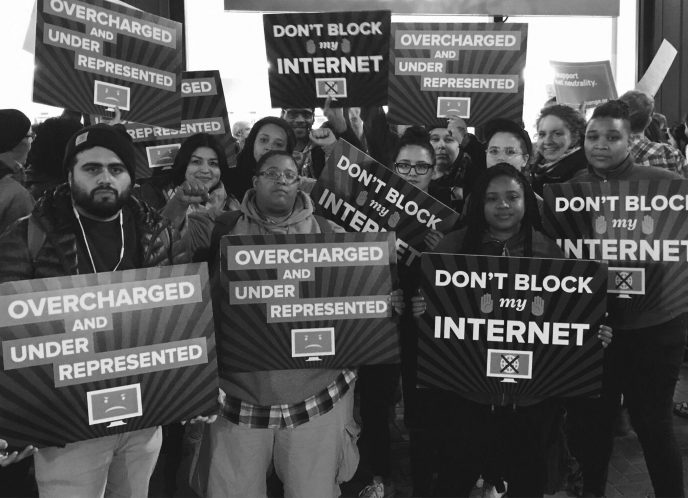 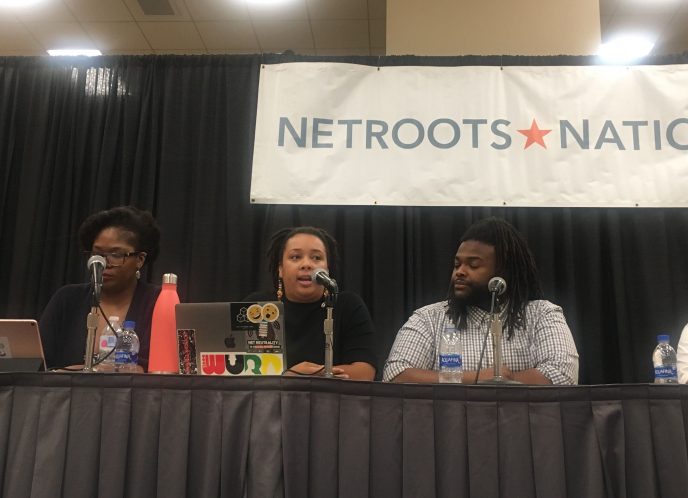 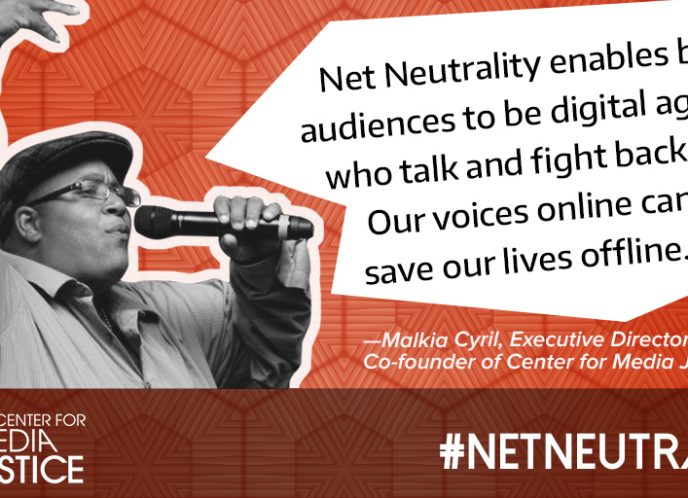