Young Leaders Fight Back Against Criminalization and Surveillance

Today, many tech-savvy youth are at least somewhat aware of the limits of their privacy online. Memes about FBI agents watching us through our cell phone cameras have been popular recently. However, this isn’t anything new. This has been a part of a long history of youth criminalization and surveillance. Most young people are unaware of the extent that we are under surveillance, and the racial and socioeconomic factors that influence who is disproportionately spied on. 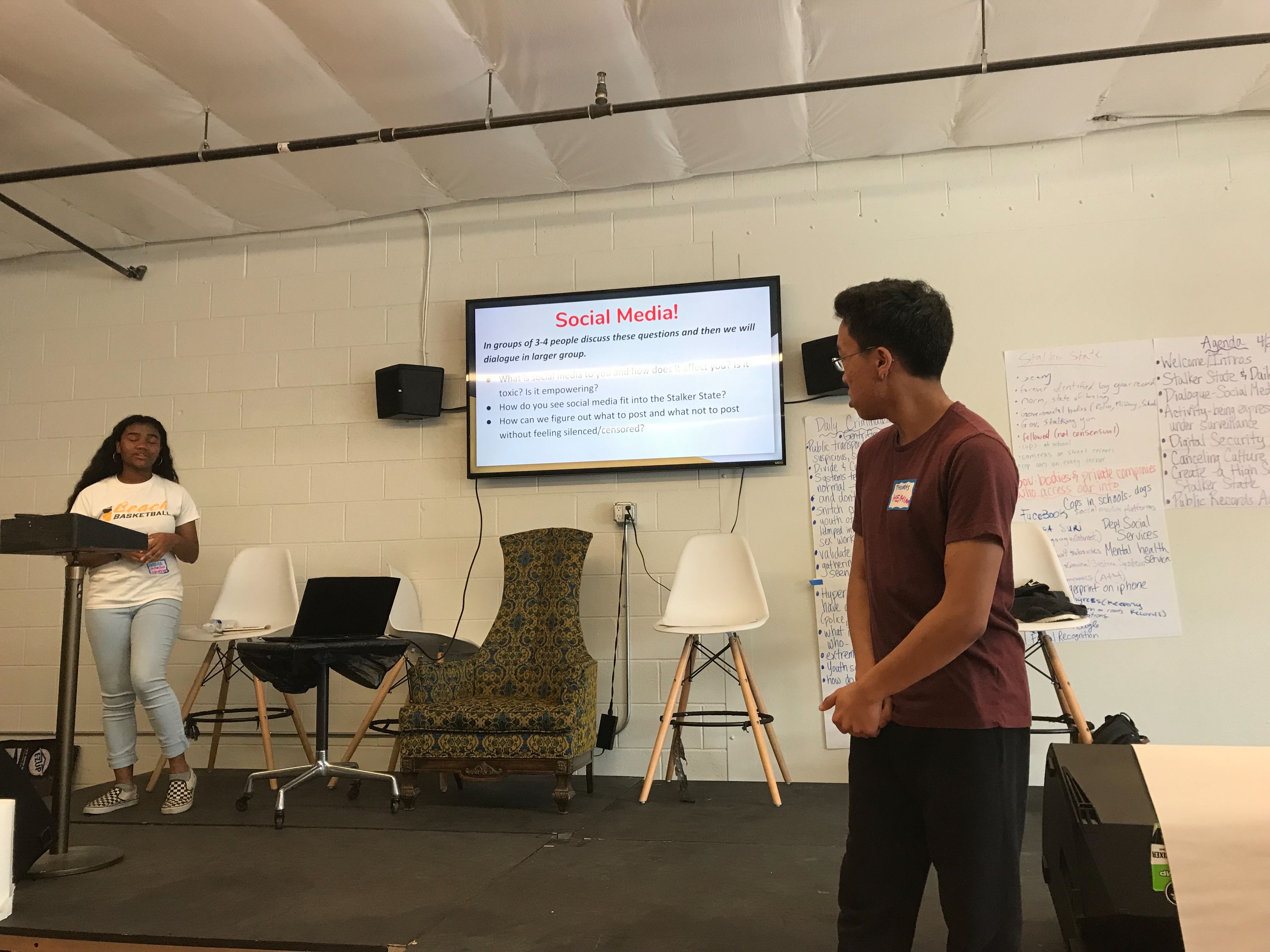 There are actual government programs, guidelines, and narratives that are being implemented and enforced both on the city and federal level. Programs, such as Countering Violent Extremism (CVE), Preventing Violent Extremism in Schools (PVE), and the Black Identity Extremism designation, label youth of color as “violent extremists” and “threats to national security,” while the Trump administration continues to use the “gang member” or MS-13 label to target immigrant youth. These programs have indicators that can start as early as kindergarten, including measures like being too much into one’s culture, expressing anger and/or frustration with homework assignments, questioning authority and other behaviors typically associated with marginalized teens of color.

As part of Stop LAPD Spying Coalition’s Power not Paranoia workshop series and with the support  of the Center for Media Justice, we hosted a youth workshop and digital security training at Los Angeles Community Action Network (LACAN) on Saturday April 20th, 2019 that helped bring awareness to and encourage high school students to tackle these programs and further get involved with our fight against the war on youth.

Our workshop consisted of various discussions and activities that explained how these surveillance programs target Black, brown, Muslim, and immigrant youth. The recurring theme of our workshop was unpacking the “Stalker State”, which is how state actors and corporate entities share information about people with one another on an institutional level. This concept started to really click for students at our workshop when we dove into the topic of social media. Students were able to share what social media means to them as well as instances when their schools have used it against them. The start of this discussion led to a series of interactive activities like charades, in which we acted out the various indicators of being a “threat to national security” and a brainstorm in which we created a model of the stalker state at the high school level. These sessions  gave students the opportunity to tell their stories and further their understanding of how the presence of the stalker state personally impacts them. 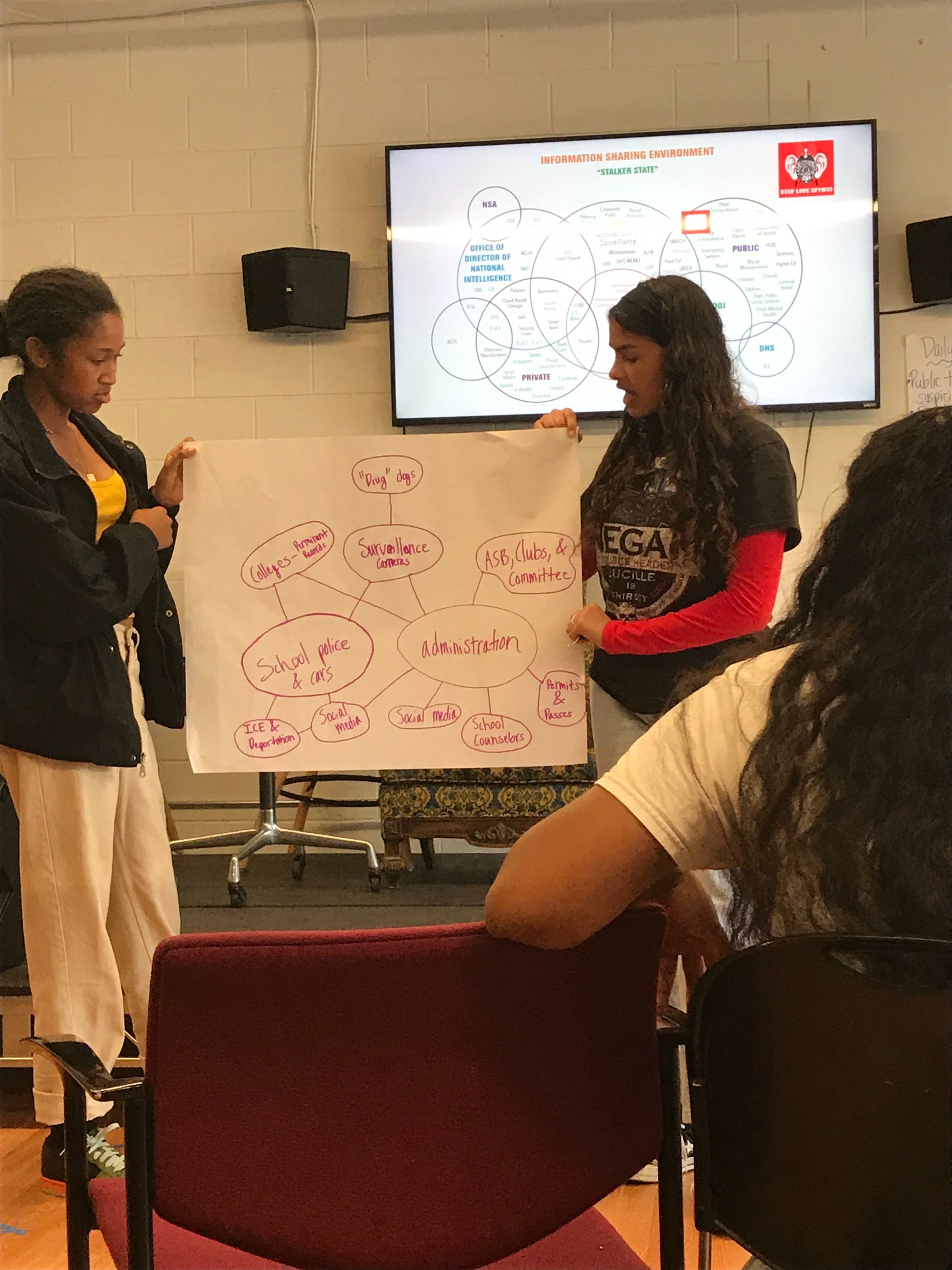 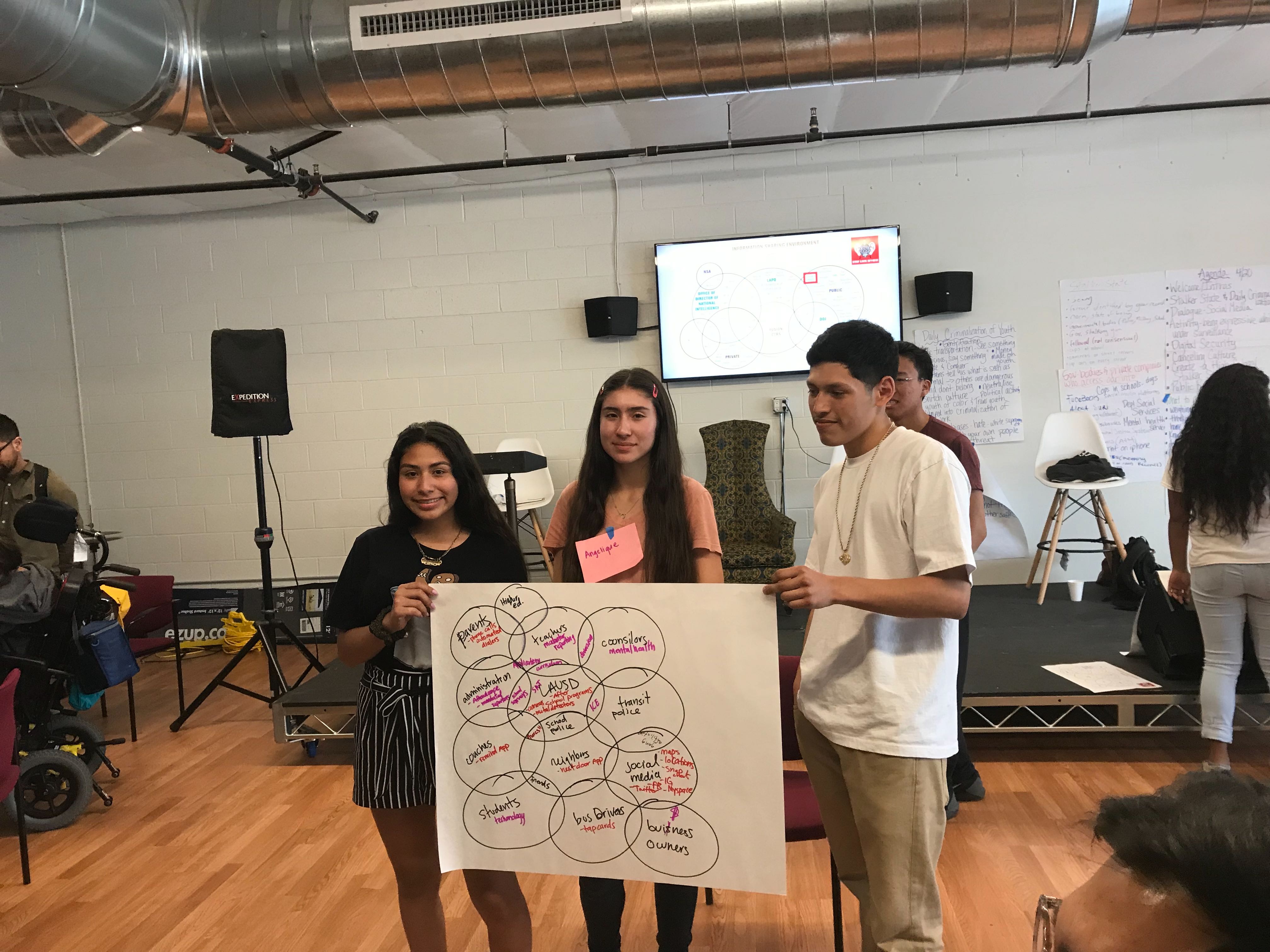 We ended our workshop with a digital security training, breaking down tactics to keep ourselves  safe when interacting with technology and ways to protect our privacy and data online. For activists and organizers, privacy is extremely important to prevent sensitive information from being leaked to the state. The importance of using encryption apps like Signal and WhatsApp were discussed, as well as other digital security strategies , such as using Faraday bags to take your phone off the grid. We were sure to present this information without being too technical to make it accessible to everyone. 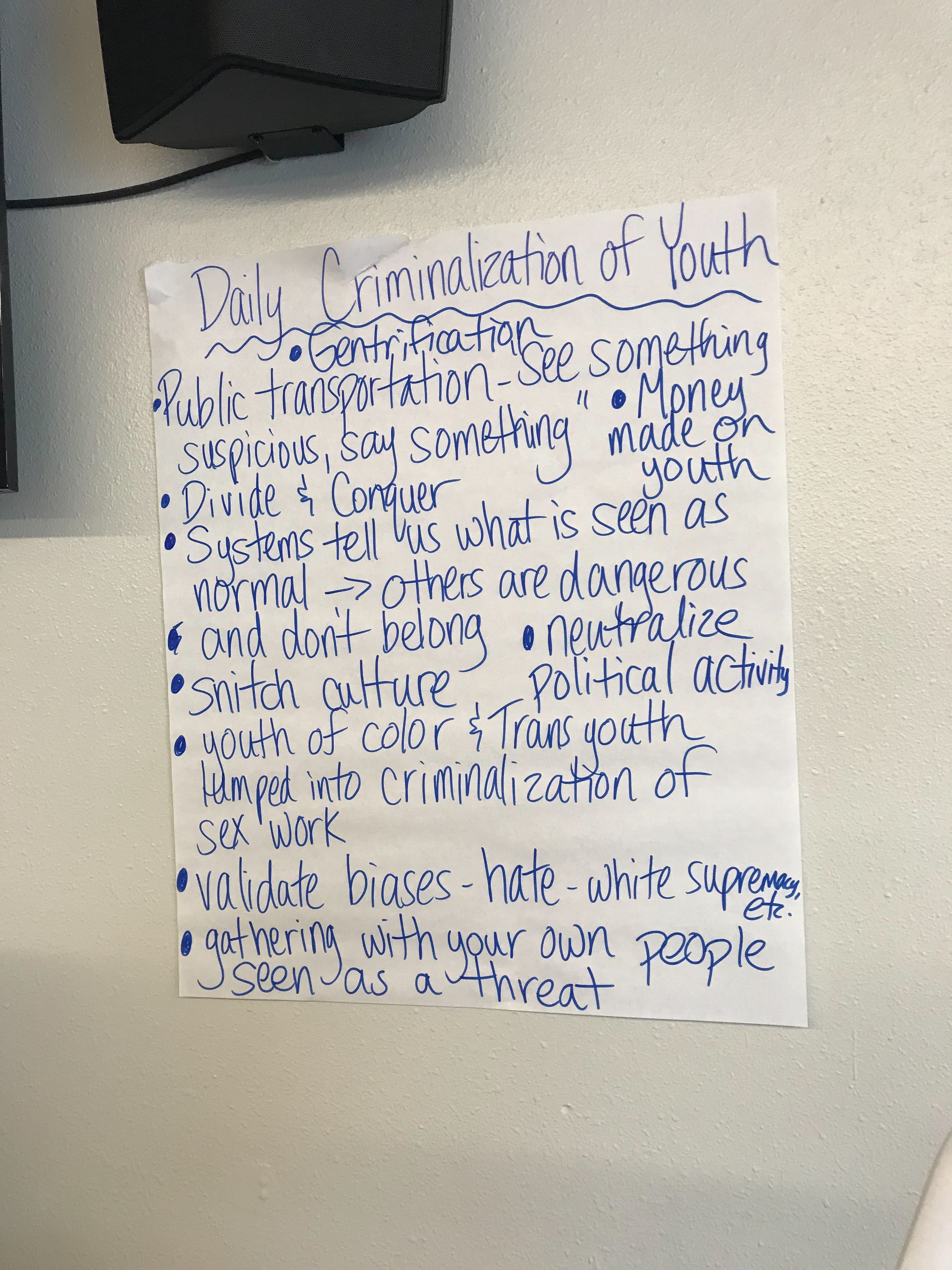 This workshop was a necessary step in our fight against the war on youth. It created a comfortable and safe space for students to share their experiences with the stalker state, and the knowledge we need to dismantle it. The workshop sought to reinforce the Power Not Paranoia core message— that though we are being spied on, we can build power from this realization rather than living in fear. To ensure that we stop the war on youth, we need youth to get involved and build power with us. The fight continues!