Why The Hell Is GLAAD Supporting The AT&T And T-Mobile Merger? 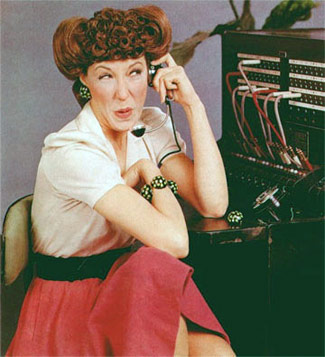 On Tuesday, The Gay & Lesbian Alliance Against Defamation (GLAAD) issued a letter to the Federal Communications Commission(FCC) supporting the AT&T/T-Mobile mergerin hopes it will bring more access, faster service, and competitive pricing. That’s nice except that the merger probably won’t do any of that. And the merger also has nothing to do with defamation, meaning GLAAD has gone beyond its purported mission and needlessly inserted itself into a political dogfight.

Immediately John Avarosis from AmericaBlogpointed out that AT&T was one of the 13 corporations that helped repeal LGBT worker protections in Tennessee, they underwrite the GLAAD awards, and have made substantial monetary grants to GLAAD. Plus, GLAAD has had an ex-AT&T executive on their board. A case of secret backroom circle-jerking?

Most interestingly, AT&T is against Net Neutrality—the principle stating that all information on the web should get delivered at the same speed, not at different speeds and prices depending on who owns the service). Timothy Karr, Campaign Director of Free Press and SavetheInternet.com says that “AT&T is brokering a deal with the FCC to ensure they have the legal right to block online content and charge application developers additional tolls just to reach AT&T customers.”

GLAAD says it doesn’t share AT&T’s stance on Net Neutrality which is a bit like Target saying it doesn’t share a Minnesota Republican’s anti-gay views while still supporting his pro-business campaign—GLAAD can’t support one without also supporting the other, whether they disagree or not. 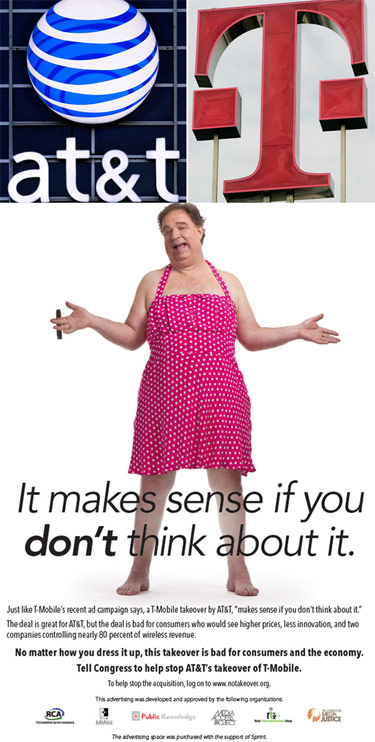 But the merger has created a political clusterfuck with Democrats and Republicans opposing their usual constituents. AT&T and T-Mobile’s CEOs say the deal will help spread wireless connectivity to 98 percent of the country. Several typically Democrat-voting American labor unions say the merger could help ensure more union jobs. But Democrats worry the merger will create an antitrust-violating “duopoly” between AT&T and Verizon that will reduce choices and raise prices for consumers. The FCC would also have to help regulate a duopoly, something free-market capitalists and Republicans oppose.

Even the right-of-center pro-business magazine The Economist opposes the merger, citing the negative issues above and AT&Ts miserably low customer-satisfaction ratings. Their solution? The FCC should block the merger and help reform the telecom industry.

And don’t forget, AT&T is the Moby Dick of fundraising and lobbying. The company has more than 90 full-time lobbyists. In the 2010 elections alone, they spent nearly $3.5 million on federal candidates and $15.4 million on lobbying. All that cash buys influence, influence that politicians won’t forget when they make their decisions.

GLAAD spends its time castigating adult cartoon shows that say the word “faggot”, rewardingcommercials that mock femmes and newspapers that break GLAAD’s style guide, and ignoring one of the most controversial pro-gay documentaries of our time. They can’t even get the WWE to stop saying “faggot” for one week.

We’d rather they go back to being worse than useless rather than spend their time publicly supporting bad mergers. Or they could, y’know actually help create positive portrayals of LGBT on television, something that badly needs help.