For Mohawk Johnson, the next call from the Cook County Sheriff’s department may come at any time. It could be at 4 a.m. or smack in the middle of dinner. Over the course of a year on house arrest on a GPS monitor, Johnson estimates the sheriff’s department has called more than 60 times accusing him of being AWOL when he is asleep in his bed, watching television or taking a shower. As a self-defense mechanism, Johnson has posted videos of many of these calls to his

Twitter account showing himself crawling out from under the blankets to answer the phone or trying to relax in front of Captain America on the TV screen as the call arrives. Johnson’s tweets, along with high-profile cases like those of activist lawyer Steven Donziger and Baltimore grandmother Gwen Levi, have given the punitive vagaries of electronic monitoring (EM) a touch of media play.

But until recently, researchers have not stepped forward to provide data to substantiate stories like Johnson’s and provide fuel for activist campaigns against EM. The lack of data about electronic monitoring is shocking. To begin with, no national census of monitors exists. While prisons and jails produce population counts regularly, the last attempt at a national tally of electronic monitors was a 2016 census by Pew Charitable Trusts which concluded that 131,000 devices were in use, excluding those used by Immigration and Customs Enforcement (ICE). Yet Pew’s total seems questionable, since a 2009 report by the late EM expert Peggy Conway placed the total number of monitors at nearly 200,000. State and local authorities shed little additional light. Most keep no serious records of who is on the monitor, how often people are returned to custody due to violating the frequently irrational rules of EM or how many false alarms trigger undue arrests or harassment. Even basic annual reports or assessments are rare. The major companies that provide the devices and often run the programs — BI, Satellite Tracking of People (STOP), Sentinel, Attenti and SuperCom — are also notoriously secretive about their data. While knowledge of the harms done by these technologies to individuals like Johnson and Donziger has become well known, the normalization of GPS trackers in smartphones, fitness devices that record biometrics and the addition of Amazon Ring to millions of front doors have softened popular concerns about the impact of carceral technologies like GPS ankle monitors.

Read the full op-ed in Truthout 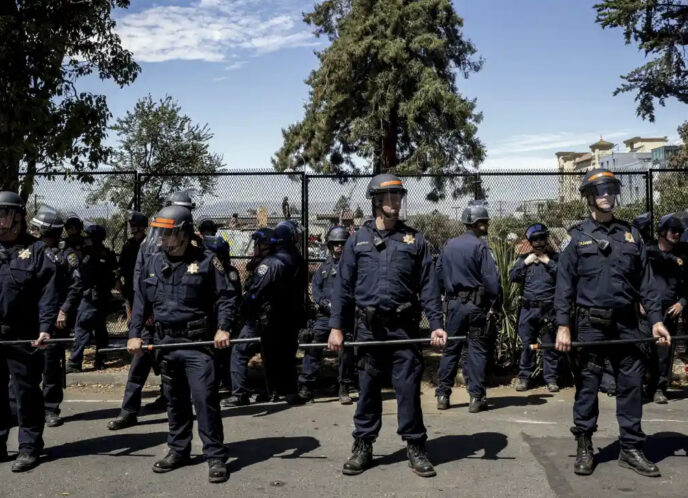