“Reel Grrls Takes on Comcast: How David Stood Up Against Goliath” 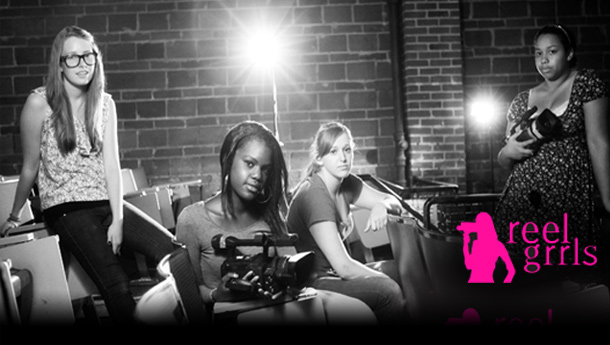 Join us THURSDAY, June 9th, for our Digital Dialogue Phonecast series at 10am PST/1pm EST. This week’s topic: “Reel Grrls Takes on Comcast: How David Stood Up Against Goliath,”

Last week, when Seattle’s Reel Grrls criticized Comcast for its hiring of FCC Commissioner Meredith Attwell Baker, Comcast came after them.  A Comcast VP immediately fired off an email saying the company was cutting off $18,000 in funding it had pledged for a summer camp teaching filmmaking, editing and screenwriting. Without those funds, the Reel Grrls camp won’t happen. Within hours, thousands of people concerned about free speech, stood up and denounced Comcast’s censorship. There was an outcry of support for these young media justice activists. The Center for Media Justice (CMJ), Media Action Grassroots Network (MAG-Net) and Free Press mobilized thousands through an e-blast asking people to donate to Reel Grrls and make sure their summer camp can stay open.

Join this dynamic dialogue with CMJ Executive Director Malkia Cyril and two leaders at Reel Grrls who led the charge and stood up to Comcast’s intimidation. What can we learn from this highly effective and coordinated rapid response to a teleco’s attempts at censorship? How many other nonprofits would stand up to a behemoth like Comcast? The Reel Grrls weren’t alone — they are a member of the Media Action Grassroots Network (MAG-Net), a national coalition of local organizations who worked together to fight back. Be a part of this exciting conversation!

You must RSVP to get a unique number for the call: http://myaccount.maestroconference.com/conference/register/OE0F83J5TBRE3L35