Our joy is more powerful than their hate, our rage and resistance is righteous

Earlier this month, Neo-Nazis and white supremacists tried to claim space in Chocolate City, promoting the incredibly over-hyped Unite the Right 2, a sequel to last year’s rally in Charlottesville that ended in the murder of Heather Heyer, and the brutalization of several other counter protesters. While the concept of the white supremacist rally may have seemed provocative, neither white supremacists showing up in D.C. nor D.C. organizers, activists, and community members organizing resistance to their violence is new for the District. As Samantha Masters and Jordan Deloach from the DC Chapter of BYP100 rightly pointed out in their recent piece for The Root, Klu Klux Klan members and their apologists have tried unsuccessfully to march in the District three times over the past 30 years.

This time around, organizers were not only interested in expelling violent Neo-Nazis from the city, they were also equally concerned with intentionally centering Black joy and shifting narratives around what to expect from mobilizations led by young Black and brown residents. Through an organizing lens, mass mobilization is used to demonstrate power. And as a BYP100 member and rally goer, I absolutely felt power and solidarity with the community I was marching with. What felt more important, though, which is not always the case at rallies this size, was the sense of joy and connection organizers were able to facilitate. Having these images depicted in mass media denies white supremacists and their apologists the platforms they seek to further their violent ideologies. 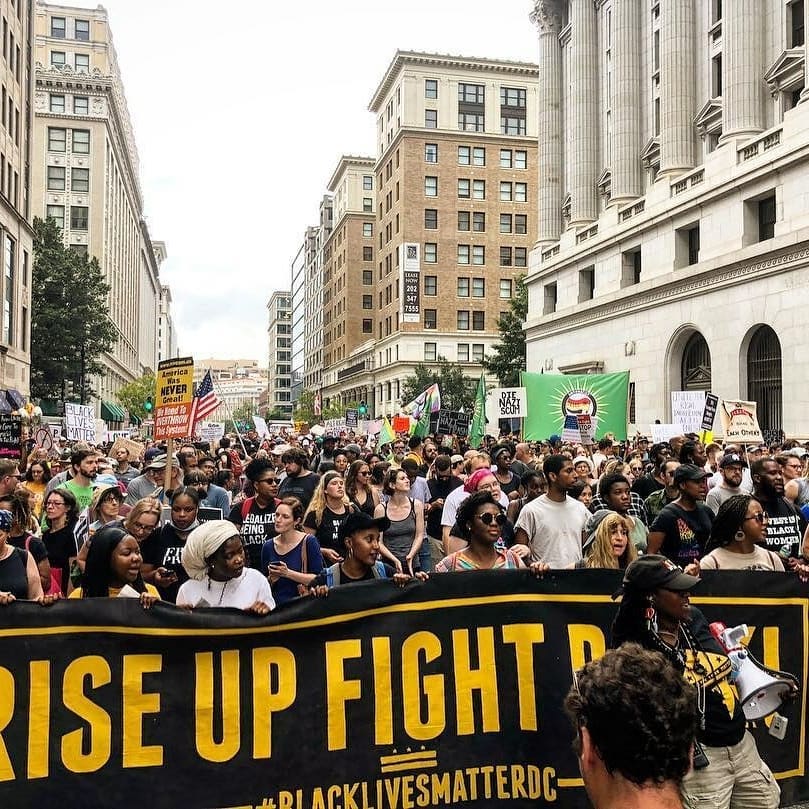 A “showdown”, which would unjustly place white supremacists and Black protestors on equal footing, was undoubtedly what corporate media was expecting. However, in reality, Black and brown community members were able to dance, laugh, chant, and sing to one another while around two dozen white supremacists languished a block away. The intense focus on community and connection to one another shifted not only narratives reported in mass media, but also the perspectives of people participating—including my own. Our joy is more powerful than their hate, our rage and resistance is righteous. 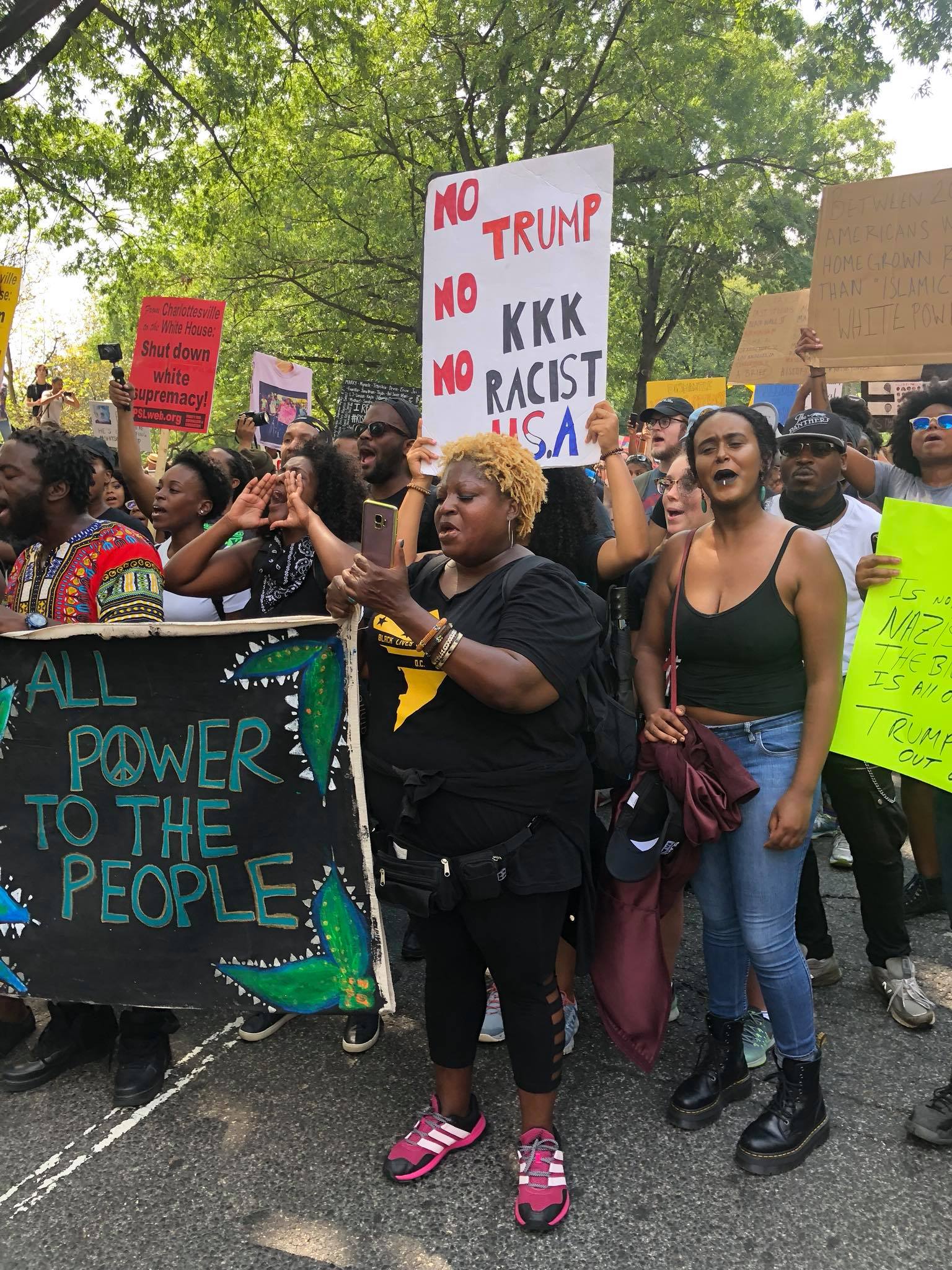 So, what’s next? Many of my fellow DC-based organizers remarked how an action this scale is not something we would’ve been able to pull off two years ago. This seasoned, sturdier organizing infrastructure will undoubtedly be deployed to win ongoing fights impacting the material conditions of Black and brown folks across the city—like affordable access to childcare and deeper investments in affordable housing. This month’s action left our movements stronger, with more capacity to do work in service of our vision: collective liberation, justice, and love for all.