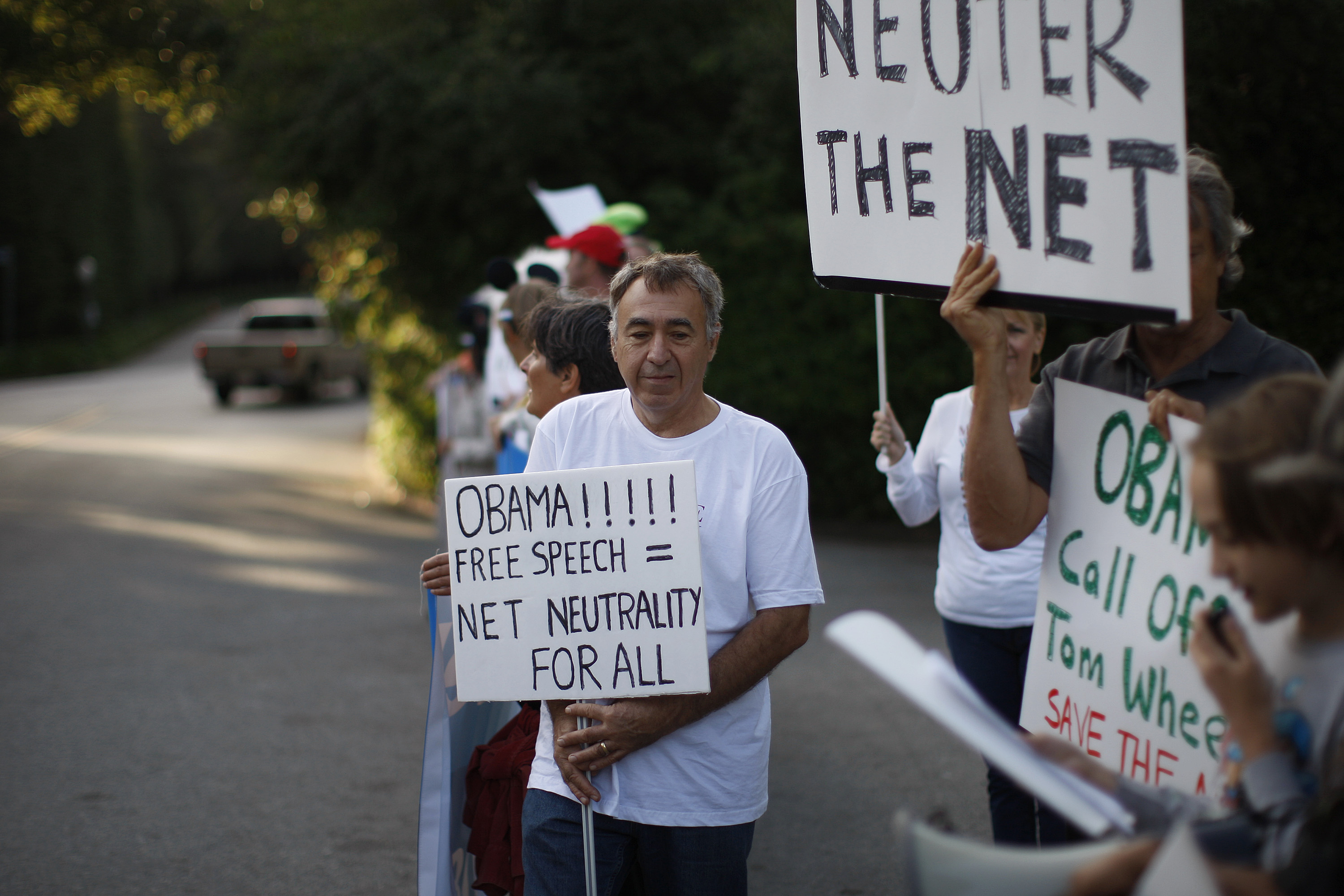 From protest songs, to news stories, to campaigns for social change, our community has long understood that the right and power to tell our own stories is critical in our fight for human dignity and equality. Network Neutrality rules, also known as open Internet protections, are critical to the fight for equal rights.

For too long, our community has faced disconnection and discrimination at the hands of mainstream media. The open Internet gives us a rare chance to bypass those harms and raise a powerful public voice for change.

The open Internet has allowed Dream activists to explain and protest an unjust immigration system to a broad audience, has amplified the voices of fast food workers fighting for fair wages and working conditions, has been the bedrock of winning campaigns against anti-Latino and anti-immigrant hate speech in media, and so much more. Without the open Internet, these fights would rely on the mainstream newspaper, broadcast, and cable industries, where Latinos are often misrepresented or absent.

Our ability to raise an equal voice online is under attack. As a [email protected] leader, your support for Network Neutrality protections is needed, now more than ever.

Right now, the Federal Communications Commission (FCC) is debating whether to adopt rules that would allow all voices to be heard equally online, or rules that would give the biggest companies the right to pay more for faster access to Internet users, leaving online speakers who cannot afford to pay in a digital slow lane.

Network Neutrality is the basic principle that prevents Internet Service Providers (ISPs) from blocking access to websites or giving preferential treatment to websites and web content that can afford to pay more to go faster. Under this principle, Latino artists, small businesses, advocates, innovators, educators and ethnic media have been able to address the needs of their communities and reach their communities just as easily as their wealthy corporate counterparts.

In January, when a federal court struck down the FCC’s 2010 Network Neutrality rules,  the court was explicit about two things: (1) broadband providers have every incentive to – and indeed Verizon conceded in court that it would – prioritize  the traffic of big companies that can pay more for speed absent open Internet rules; and (2) the FCC cannot adopt open Internet rules that prevent blocking, discrimination and paid prioritization unless it reclassifies broadband providers under Title II of the Communications Act (see attached fact sheet).

FCC Chairman Tom Wheeler has an important decision to make that will impact the future of [email protected] voices for decades to come. Chairman Wheeler can either be the leader that passed landmark rules preventing online discrimination, or the lobbyist-turned-FCC-Chair that gave the Internet away to one of the biggest and most powerful industries in Washington.

As a civil rights and [email protected] leader, your voice will help FCC Chairman Wheeler make the right choice and take action on Network neutrality that protects all of our voices online.

Please join us in this 21st century struggle for equality, and support real Network Neutrality. E-mail the National Hispanic Media Coalition to join comments to the FCC, at [email protected]. There is so much at stake.