The American Dream is a compelling one. Last week, I engaged in a 2-hour debate with a radical right wing conservative and he invoked it multiple times. But the American Dream is, in reality, a nightmare for most, and it’s a tool used by the right, by democrats, and by reformist liberals to perpetuate a global delusion.

A recent example of the power of the American Dream frame was a speech given at the Democratic National Convention by veteran Tammy Duckworth, one of the first women in the Army to fly combat missions in Iraq and a candidate for Illinois’ 8th Congressional District.

Ms. Duckworth evoked bootstraps imagery in the opening of her speech:  “Dad’s work took us all over the world until he lost his job. It was a tough time. We used up our savings, moved into a studio apartment. But our family did the responsible thing and rolled up our sleeves. Mom took in sewing. My 55-year-old dad tried to find work. But at 15, I was the only one with a job—after school, for minimum wage.” Read or watch the full speech. 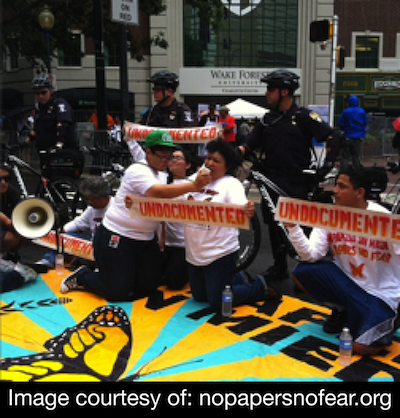 Tammy Duckworth is Asian American (her mother is Thai and Chinese). She is a double amputee. She is a veteran and war hero. She is a cisgender woman who wears red lipstick. She grew up working class. She is college educated. She made hot cocoa for her team before training exercises. In many ways, Ms. Duckworth embodies multiple frames and individualistic mythologies that relate to the American Dream. Some might argue that using the American Dream frame is a strategic choice—perhaps not intentionally for Ms. Duckworth—though we know it is a contentious issue for many grassroots social justice organizations (check out our heroes from UndocuBus at nopapersnofear.org) when it comes to mainstream immigrant rights groups’ framing.

While Ms. Duckworth opened on the American Dream, she later introduced the importance of public assistance:

“Thank God for the food stamps, public education and Pell grants that helped me finish high school and college.” 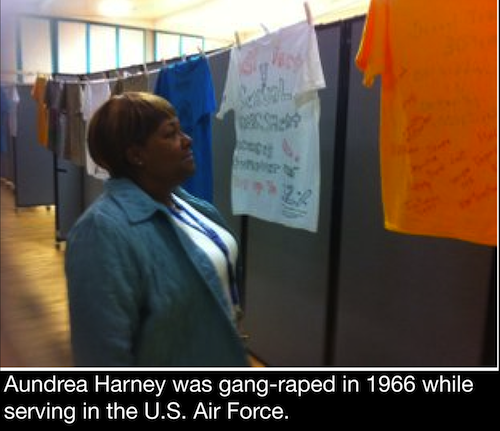 Granted, we know that a vast number of veterans return to this country they laid their lives on the line for, only to receive no or inaccessible services.  The Department of Veterans Affairs estimates that between 23 percent and 33 percent of uniformed women have been assaulted, and that ableism is alive and well—but hey, it’s election season.

How can we take the best of the American Dream frame (the part that mobilizes, not fear-mongers) and put it to work? Pollsters have found that the words “opportunity,” “freedom,” and “security” resonate to broadly held values and have had some success when used by progressives. Read this report on the “opportunity frame”. You can try your hand at framing using these guiding questions for effective framing and messaging from the Center for Media Justice.