We are love unlimited, and we cannot be broken 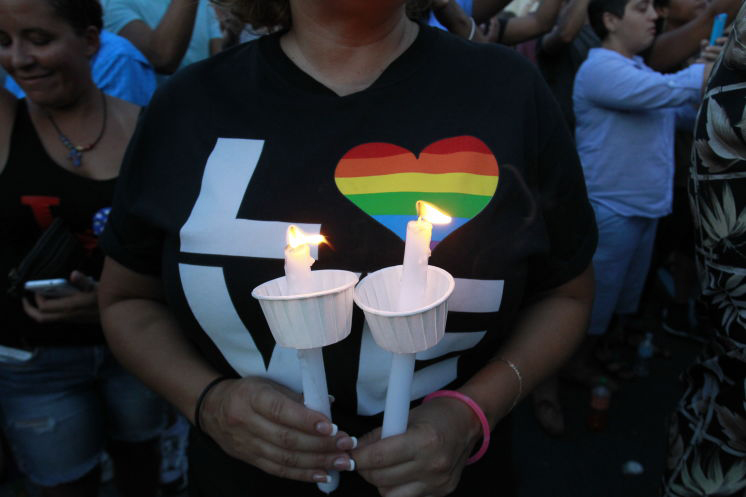 I am writing today to remind you that, despite the horrific murders of at least 50 people, with 53 injured, during a deadly mass shooting at a popular local queer club in Orlando, Florida – our love is unlimited.

It was Latin Night, and many of the dead are queer Latinos, Blacks, and other people of color. Here are their names and here are their faces. They are like ours. As a queer Black butch, as a lover of justice and a fighter for freedom — my heart is broken. But, our love is unlimited. As long as we remain connected, they can take our lives but they never take our power.

The shooter allegedly pledged his allegiance to ISIS in a 911 call before the attack began. The media and FBI are calling this a terrorist attack, and the anti-Muslim rhetoric of the American rightwing is growing louder as the consolidated mainstream media and the echo chamber of the Internet gives it volume. But we know the terrorism we have lived with for generations is explicitly homegrown.

Now, more than ever, accountable, open and affordable media platforms matter. In moments like these, the dead need the living to speak for them. Without full access, we are unable to defend against the homophobic and anti-Muslim rhetoric of the American right. But, with true open broadband access, we can speak out and name our triple enemies – homophobia, racism, and religious extremism.

With truly open broadband access, we can demand long-sought and much needed gun-control legislation, especially a federal ban on assault rifles.

With truly open broadband access, we can speak out and name that our triple enemies are homophobia, racism, and religious extremism, not Muslims, some of whom are gay and mourning alongside the rest of us. We can hear from gay and bisexual men who are de-facto banned from donating blood. We can hear the voices of family members of those murdered who are bravely resisting the anti-Muslim rhetoric echoing in social media.

With true open broadband access, we can share our grief across the lines of geography. We can cry together as I am crying with you now. We can grow our security in community, as I am safer when I am connected to you.

Some want to take our connection to each other away. They want to sell us false solutions that meter our tears into data caps, package our rage into bite sized zero-rated Internet plans, limit how we connect to make the rich richer and hurt the poor.

But our love is unlimited, and, like nightclubs, the Internet has become a sacred space for queer people, and for Muslims, and for all communities who need to raise a powerful public voice.

Against a rising tide of deadly racist, sexist and homophobic conservative ideology and a growing police state we have each other. In the aftermath of this crisis, as we discover the dead and fight to save the living, the open Internet has connected us across the miles and against the odds.

Those murdered at the Pulse nightclub are 50 of a million reasons why we can never let anyone deny our rights to connect and communicate. It was cell phone access that allowed some to say goodbye, to call for help. It is online that we organized dozens of vigils in rural and urban centers across the nation. It is through a broadband connection that I spent all day yesterday beating back anti-Muslim and homophobic rhetoric.

We cannot allow anyone, anywhere to use our media platforms to convince us that we are each other’s enemy. We will not be sold a zero-rated Internet that gives us half the story and half the power to fight back.

We are #LoveUnlimited and we will never stop loving, never stop fighting for justice, and never stop using the open Internet to do it.