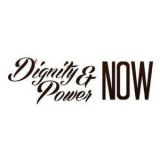 Dignity and Power Now (DPN) is a grassroots organization based in Los Angeles that fights for the dignity and power of incarcerated people, their families, and communities. In doing so DPN wages a fight for all lives because the prison industrial complex forms an imaginative limit on everyone’s capacity to envision freedom and liberation. Dignity and Power Now has several projects including an activist coalition, an artist collective, a zine, a research and reporting group, a leadership institute, and even a reentry program inside a state prison. Immediate campaign focuses include establishing comprehensive and effective civilian oversight of the Los Angeles County Sheriff’s Department and allocating the money from the two billion dollar jail plan into mental health diversion programs and community health centers.