Memes Are Not Movements – Why the hoodie meme is important, but not enough

In the below article, Malkia talks about why rocking your hoodie for Trayvon Martin is great, but not nearly enough.

Malkia: Memes Are Not Movements – Why the hoodie meme is important, but not enough 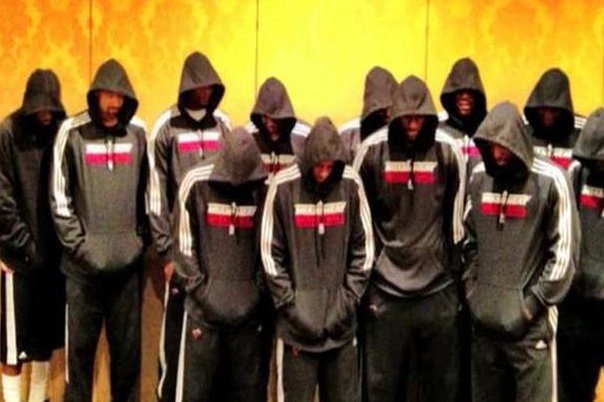 I love the hoodie meme.

I love the fact that within days of the revolting shooting murder of the 17-year-old African-American teenager Trayvon Martin by the self-proclaimed neighborhood watchman George Zimmerman, thousands of unlikely individuals put on their hoodies, took pictures, and shared them through social media.  It was, to be sure, an unprecedented show of national solidarity within an often-ignored pattern, and it brought tears of pride to my eyes.

But the wearing of hoodies alone will not overturn the vicious Stand Your Ground laws that have proliferated throughout U.S. states in the last year.  The hoodie is a meme, but it is not a movement.  And only organized pressure can change the law.  Read the rest here.

Check out the rest of the article and chime in on Facebook or Twitter to share your thoughts with us.  Do you agree?  Disagree? Talk to us.