Under COVID-19, governments and private companies are collecting vast amounts of personal information through new health surveillance tools like contact tracing apps, mobile location data, and temperature sensors. The Trump Administration has quietly granted companies like Palantir unprecedented access to personal data without limits, consent, or accountability. We know little about how this information is being used, and most importantly, whether it is limited to fight COVID and protect our public health. This unlimited and unaccountable dragnet could be disastrous for communities of color. In Minnesota for example, the government is already repurposing contact tracing technology to track Black Lives Matter protesters.

With Congress’ most recent relief package giving $500 million to HHS to exclusively fund surveillance, our organizations look to expose privacy violations as federal and local governments work together with tech companies.

“We must be aware and informed to ensure that public health emergencies are not misused to increase deportation and criminalization, and further harm the health of immigrant, Black, and Brown communities,” said Julie Mao, Deputy Director of Just Futures Law.

“Once instituted, surveillance powers granted in a crisis often become permanent parts of our state,” said Jacinta Gonzalez, a senior campaign organizer with Mijente. “We need to know what’s in these contracts to understand their privacy and civil rights implications, especially as they concern companies like Palantir with a record of enabling human rights violations.”

“The collection of sensitive health data shouldn’t be done in the shadows particularly by federal agencies and companies with a history of criminalizing and surveilling Black people,” said Myaisha Hayes, Campaign Director at MediaJustice. “This public records request is a call for greater transparency from HHS because the public has a right to know how their personal health data will be used.”

“As we saw after 9/11, states of emergency provide a ripe opportunity for tech corporations to support governments and police to expand their surveillance powers over whoever is considered to be a threat—whether it’s protestors and organizers or Black and brown communities, including immigrants,” said Mizue Aizeki, Deputy Director of the Immigrant Defense Project. “We must uncover the details of these secret multi-million dollar deals between tech and the government to ensure that these tools are not used to further surveil and repress people.”Palantir has a long history of building systems for the Department of Homeland Security that facilitate prosecutions, family separation, and raids. Through its global reach, the United Kingdom government already gave Palantir and other tech giants access to sensitive health information to build a new health surveillance system. Data mining software provided by Palantir allowed ICE to uncover relationships and information, making many people vulnerable to deportation that would never have been. Though Palantir claimed that its data collection was only used for “cross border criminal investigations,” this unwarranted surveillance and data collection led to massive workplace and home raids by ICE. Medical data, particularly the data gathered to fight COVID-19, can also be used in the same way to criminalize, detain, and deport people in Black and Brown communities.

These FOIA and public record requests seek to discover:

—what type and how much data is being collected,

—if it is being collected without consent,

—what sort of data-sharing is occurring among departments,

—and whether there is a limit to any sort of data obtained by the government in tech companies.

MediaJustice is dedicated to building a grassroots movement for a more just and participatory media—fighting for racial, economic, and gender justice in a digital age. MediaJustice boldly advances communication rights, access, and power for communities harmed by persistent dehumanization, discrimination and disadvantage. Home of the #MediaJusticeNetwork, we envision a future where everyone is connected, represented, and free.

Mijente​ is a Latinx/Chicanx political, digital, and grassroots organizing hub. Launched in 2015, Mijente seeks to strengthen and increase the participation of Latino people in the broader movements for racial, economic, climate, and gender justice. @conmijenteThe Immigrant Defense Project (IDP) works to secure fairness and justice for immigrants in the racialized U.S. criminal and immigration systems. IDP fights to end the current era of unprecedented mass criminalization, detention and deportation through a multi-pronged strategy including advocacy, litigation, legal support, community partnerships, and strategic communications. @ImmDefense

Truthout: To End Mass Incarceration, We Need to Bust the Myths That Prop It Up 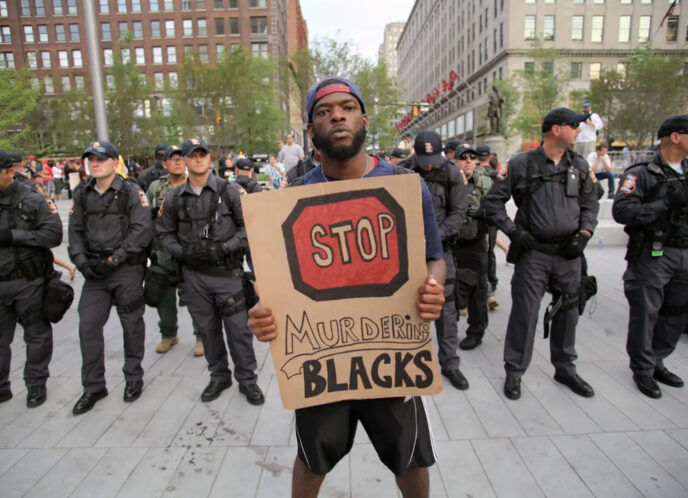 Prism: Biden must confront the nation’s legacy of racist policing and surveillance