A growing body of research points to systematic inaccuracy and bias issues in biometric technologies, which pose disproportionate risks to non-white individuals. A recent report by the National Institute of Standards and Technology on facial recognition tools found that Black, Brown, and Asian individuals were up to 100 times more likely to be misidentified than white male faces.  Yesterday, the American Civil Liberties Union (ACLU) amplified the story of Robert Williams, a Black man from the Detroit area who was wrongfully arrested after facial recognition technology misidentified him as the man who was seen allegedly committing a crime on a store’s surveillance camera feed.

“Facial recognition technology doesn’t just pose a grave threat to our privacy, it physically endangers Black Americans and other minority populations in our country,” said Senator Markey. “As we work to dismantle the systematic racism that permeates every part of our society, we can’t ignore the harms that these technologies present. I’ve spent years pushing back against the proliferation of facial recognition surveillance systems because the implications for our civil liberties are chilling and the disproportionate burden on communities of color is unacceptable. In this moment, the only responsible thing to do is to prohibit government and law enforcement from using these surveillance mechanisms. I thank Representatives Jayapal and Pressley and Senator Merkley for working with me on this critical legislation.”

“At a time when Americans are demanding that we address systemic racism in law enforcement, the use of facial recognition technology is a step in the wrong direction. Studies show that this technology brings racial discrimination and bias,” said Senator Merkley. “Between the risks of sliding into a surveillance state we can’t escape from and the dangers of perpetuating discrimination, this technology is not ready for prime time. The federal government must ban facial recognition until we have confidence that it doesn’t exacerbate racism and violate the privacy of American citizens.”

“For years, I have called on companies like Amazon to stop selling facial recognition technology that has not only been invasive, inaccurate and unregulated but has also been unapologetically weaponized by law enforcement against Black people across this country for far too long,” said Congresswoman Jayapal. “Introduced on the same day that the House is set to pass the George Floyd Justice in Policing Act, our legislation will not only protect civil liberties but it will aggressively fight back against racial injustice by stopping federal entities from using facial recognition tools and stripping support for state and local law enforcement departments that use biometric technology.”

“Facial recognition technology is fundamentally flawed, systemically biased, and has no place in our society,” said Congresswoman Pressley. “Black and brown people are already over-surveilled and over-policed, and it’s critical that we prevent government agencies from using this faulty technology to surveil communities of color even further. This bill would boldly affirm the civil liberties of every person in this country and protect their right to live free of unjust and discriminatory surveillance by government and law enforcement. As the Representative of two of the first cities on the east coast to outlaw the use of this technology, I’m proud to sponsor this bill and make clear that our government has no business spying on its civilians.”

A copy of the legislation can be found HERE.

Specifically, the Facial Recognition and Biometric Technology Moratorium Act of 2020 would:

·       Includes a private right of action for individuals whose biometric data is used in violation of the Act and allows for enforcement by state Attorneys General; and

“Facial recognition is a uniquely dangerous form of surveillance. This is not just some Orwellian technology of the future –– it’s being used by law enforcement agencies across the country right now, and doing harm to communities right now,” said Evan Greer, Deputy Director, Fight for the Future. “Facial recognition is the perfect technology for tyranny. It automates discriminatory policing and exacerbates existing injustices in our deeply racist criminal justice system. This legislation effectively bans law enforcement use of facial recognition in the United States. That’s exactly what we need right now. We give this bill our full endorsement.”

“For Black communities, surveillance is not safety. We endorse Senator Markey and Representative Pressley’s proposed ban on facial recognition technology because it recognizes the bias baked into its coding, and that especially in the hands of the police, it is a dangerous surveillance tool,” said Brandi Collins-Dexter, Senior Campaign Director, Color of Change. “By leveraging federal grants, this legislation will help move state and local governments to pass their own prohibitions on discriminatory policing technology. Ultimately, facial recognition software will always heighten the tremendous attacks that Black communities already face from law enforcement. We support this bill as a critical step toward a society where our communities can live without surveillance.”

“The use of face surveillance technology needs to end. Face surveillance violates Americans’ right to privacy, treats all individuals as suspicious, and threatens First Amendment-protected rights,” said Caitriona Fitzgerald, Interim Associate Director and Policy Director, EPIC. “The technology has been shown time and time again to be biased and inaccurate, frequently misidentifying people of color. EPIC has repeatedly called for a moratorium on the use of face surveillance and the Facial Recognition and Biometric Technology Moratorium Act of 2020 would stop the use of this dangerous technology. EPIC is proud to support it.”

“No one should have to go through what the Williams family has gone through,” said Neema Singh Guliani, Senior Legislative Counsel, ACLU. “It’s past time Congress halted the use of face recognition and stopped federal money from being used to invest in invasive and discriminatory surveillance.”

“Facial recognition has caused improper arrests, been used to retaliate against peaceful protesters, and is more likely to misidentify people of color,” said Jake Laperruque, Senior Counsel, Project On Government Oversight. “We need to press pause on unchecked use of this dangerous technology, and that’s exactly what the Facial Recognition and Biometric Technology Moratorium Act would do.”

“The Facial Recognition and Biometric Technology Moratorium Act of 2020 takes a much-needed step to halt the use of dangerous facial recognition technology by law enforcement, which disproportionately impacts Black and Brown communities and is prone to misuse,” said Lauren Sarkesian, Senior Policy Counsel, New America’s Open Technology Institute. “Just in the past couple weeks, three major companies that develop and sell the technology have disbanded their sales to law enforcement, in acknowledgment of the bias and civil rights issues it presents. Yesterday’s news of Robert Williams’s wrongful arrest further demonstrates the devastating consequences that can follow when this biased technology is used by law enforcement. Congress should not delay any further in halting government use of this technology.”

“As the world continues to reel from the impact of the COVID-19 pandemic, Black and brown protesters are literally risking their lives to protest against police violence in the wake of the murders of George Floyd, Breonna Taylor, and countless others. In response, the police have escalated their violence toward protesters with tear gases, rubber bullets, and surveillance tools, like facial recognition, to target, track and arrest protesters,” said Myaisha Hayes, Campaign Director, MediaJustice. “This technology has been proven to be inaccurate when identifying the faces of black women, people of color, and gender non-conforming individuals. This technology is uniquely dangerous and actually puts our lives at further risk of brutality and violence. We need to reinvest our resources and priorities into meeting the needs of our community, and not invest in dangerous surveillance tools like facial recognition. This legislation, which effectively bans the use of facial recognition is exactly what we need. We are proud to support this.” 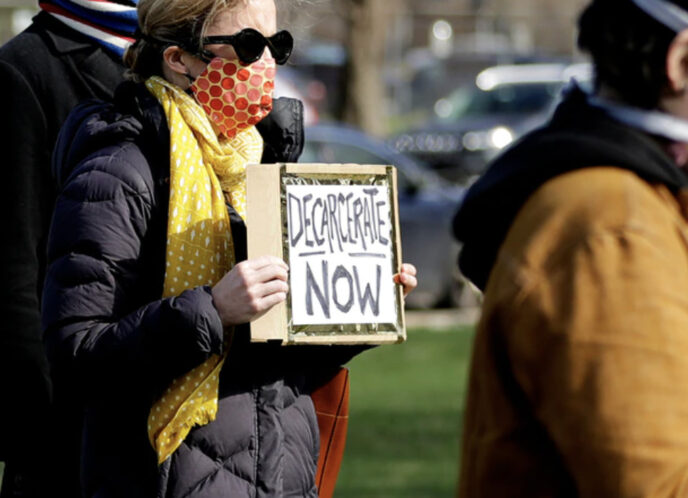 The Intercept: Illinois Will End Cash Bail — And Limit Use of High-Tech Incarceration 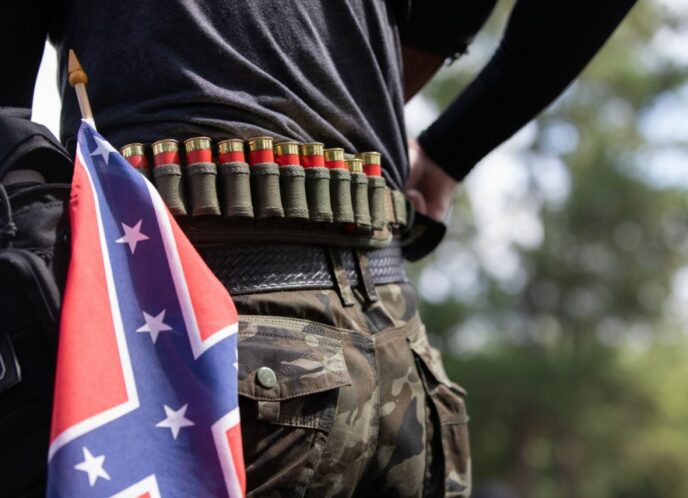